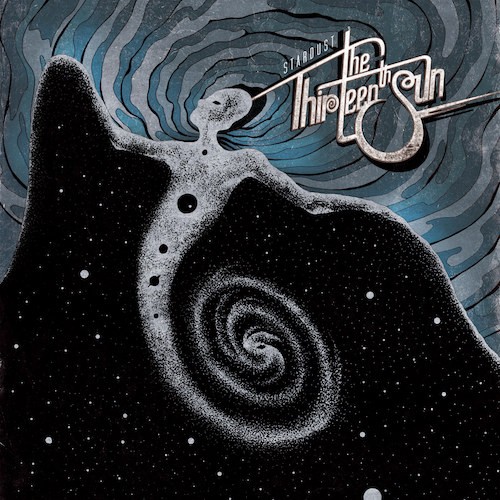 Stardust is the debut album of the Romanian band The Thirteenth Sun, released last week by Aural Music. In multiple ways, the album represents a journey of exploration, using an escape from the confines of earth and a venturing into the limitless night sky as a metaphor for an exploration of one’s self, free of the constraints of routine and any settled expectations about the possibilities of what may lie ahead. The name the band chose for themselves and the title they picked for the album manifest the concept, as does the striking and memorable cover art by Costin Chioreanu. But of course the concept is reflected most strongly in the music itself.

The music on Stardust is not all the same, although there are unifying ingredients that pass through the album. The album’s own journey begins with a track named “Universus“, and it’s the subject of an animated video created by Costin Chioreanu that provides a fascinating visual companion to the music, and we’re delighted to premiere it below. END_OF_DOCUMENT_TOKEN_TO_BE_REPLACED