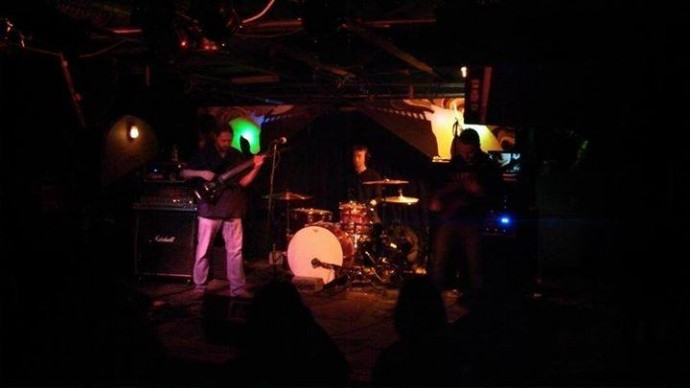 (Austin Weber brings us the premiere — and a free download — of a new song by The Universe Divide from Atlanta, Georgia.)

In their heyday, Canvas Solaris were an instrumental act of considerable skill and prowess, taking a death metal, jazz, and prog-infused path of constructing instrumental metal music that was far ahead of its time. It’s been a few years since that group bit the dust in 2011, though the band is writing new material, but that is a long ways away from coming to life.

What people familiar with that group may not know, is that two of its members, guitarist Chris Rushing and bassist Gaël Pirlot, have been crafting a new instrumental metal vision in their latest group, The Universe Divide. The band previously released an impressive EP in 2011 called Dust Settles on the Odontophobes, and they certainly carry over some of the aggressive nature of Canvas Solaris that is missing from a lot of instrumental metal. END_OF_DOCUMENT_TOKEN_TO_BE_REPLACED