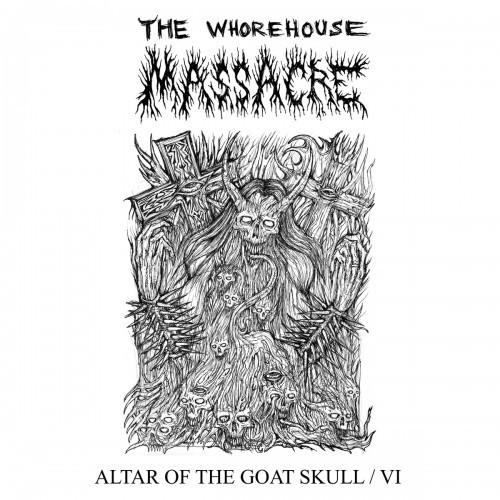 The Whorehouse Massacre have been churning out catastrophic heaviness from the bowels of British Columbia since roughly 2005, with almost a dozen short releases, one full-length album, and a live recording to their credit. On February 20, Transcending Obscurity will release a compilation of the band’s most recent EPs under the title Altar of the Goat Skull / VI. It comes as a precursor to the band’s next album, which will be released by the same label, and at the end of this post you’ll have the opportunity to hear it in full.

But if you’re not already familiar with this band’s brand of sludge, I should probably warn you: Listening to this album all the way through risks severe spinal compression, concussion, bleeding in the brain, black eyes, and gradual suffocation. It’s a low, slow death inflicted by pulverizing riffs and gut-punching percussion. About the only light that escapes this maw of darkness are the sparks that come from the crash of cymbals. END_OF_DOCUMENT_TOKEN_TO_BE_REPLACED