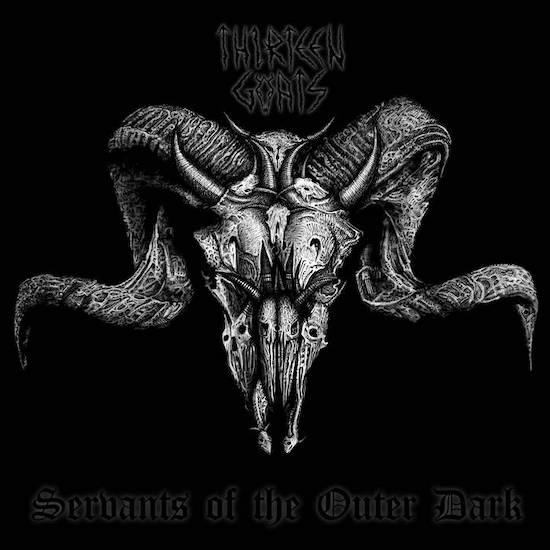 The words and animated visuals in the lyric video you’re about to see reflect utter disgust with the vile and lying regimes that have dominated many nations in recent years, and proclaim only one answer: Bring it all to ruin, and start again. And in the electrifying song you’re about to hear, Vancouver-based Thirteen Goats begin the process themselves, by doing their furious best to pulverize everything around them and burn it to the ground.

This new song, “Return To Ruin“, is the first single from Thirteen Goats‘ forthcoming debut album Servants of the Outer Dark, a gut-punching and head-hooking offering of death metal that borrows liberally from many of the genre’s subsets, as well as bringing in elements of thrash, black metal, and grindcore. The band introduce the album in these words: END_OF_DOCUMENT_TOKEN_TO_BE_REPLACED