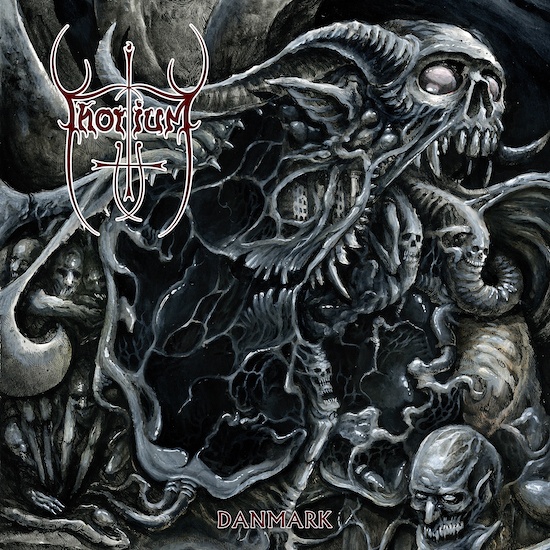 The heavyweight Danish death metal band Thorium are just a few days days away from releasing their fifth album in a career that’s now more than two decades in the making. With Denmark, they again prove both their devotion to undying traditions of the old school(s) and their talent for making them come vibrantly and viciously alive in the here and now.

Students and lovers of death metal know that there’s not just one old school of the craft, and Thorium draw their influence from multiple institutions — from the chainsaw chugging and creepy eeriness of Swedish death metal to the faster and more vicious variants from the old Floridian scene, and more besides (including a bit of “blackening” on some tracks). They engage in mayhem, but make abundant use of punishing groove, and they have an ear for ear-worm melody that makes the songs catchy as well as gruesome and exhilarating.

And so it’s a genuine pleasure for us to host a premiere stream of Danmark in its entirety, in advance of the April 29 release by Emanzipation Productions. END_OF_DOCUMENT_TOKEN_TO_BE_REPLACED