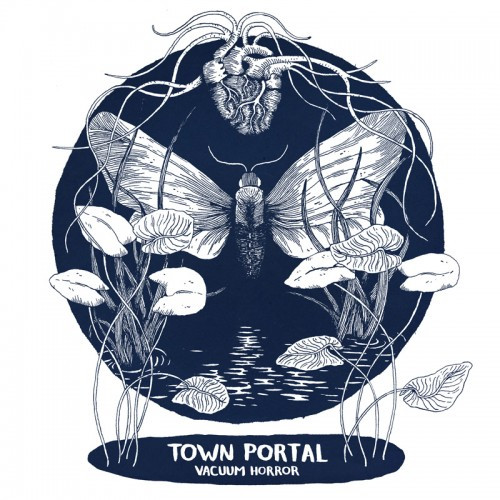 For some reason, That Word leaped to mind twice this morning, prompted by the music in this post. I’m sure I’m leaving myself open to vicious assault by Meshuggah purists for using it in their case, since they came first and That Word came later. But I kind of view it as a form of homage to The Masters, even though I still have no clue what it means.

And speaking of The Masters, what I have for you is a fan-filmed video of Meshuggah performing one of the new songs from KOLOSS — “Break Those Bones Whose Sinews Gave It Motion” — at the Soundwave festival in Brisbane, Australia, yesterday. But first, I have to share a new discovery I made this morning via a status from a Facebook friend (thanks Talae).

This Danish three-man band is relatively new, and their six-song debut EP, Vacuum Horror, is available on Bandcamp for a “name your price” download. That Word came to mind when I listened to the EP this morning because it’s loaded with Meshuggah-esque groove, and it has that phat low-end tone that I now tend to associate with That Word. The band do acknowledge the Meshuggah influence, but it’s only one part of what makes their music click. I would not, for example, classify them as a djent band despite the often massive, head-snapping rhythmic structures.

The sound is probably closer to a metalicized math-rock. Along with all the low-end convulsion, head-swimming guitar melodies abound. There’s no singing on the EP, but that simply makes room for a group of very skilled instrumentalists to spin a kaleidoscope of musical colors. The swirling guitar leads are creative, the arrangements are beautifully constructed, and the production quality of the recording is excellent. Listen to two songs from Vacuum Horror after the jump. END_OF_DOCUMENT_TOKEN_TO_BE_REPLACED