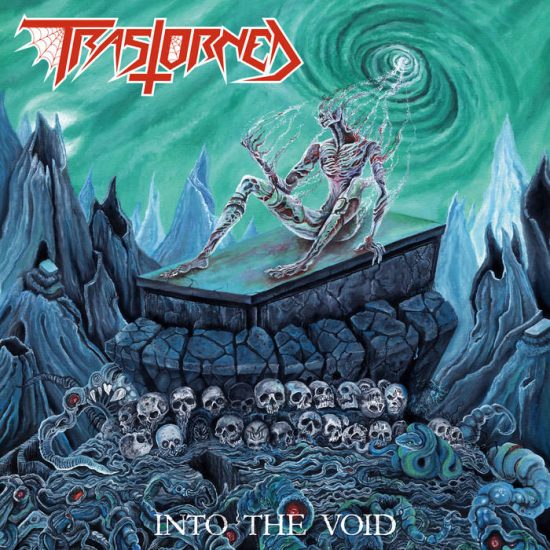 Three days and counting until New Year’s Eve, and to help get you in the mood to raise hell (even if you’ll be sitting at home and only raising hell in your head), we’re bringing you the title track from Into the Void, the debut album of the Chilean hellions Trastorned that’s now set for a January 27 release by Dying Victims Productions.

Thrash is the name of the game they play, and it’s a vicious but intricate game that pulls from a deep well of influences, including the likes of old Vio-lence, Forbidden, and Exodus, as well as prime Demolition Hammer and Morbid Saint. It’s a game in which riffs are trumps, and played on the clock, where speed counts — and kills. But as you’ll discover from the title song we’re premiering, Trastorned also put a premium on keeping their listeners off-balance as well as exhilarated. END_OF_DOCUMENT_TOKEN_TO_BE_REPLACED