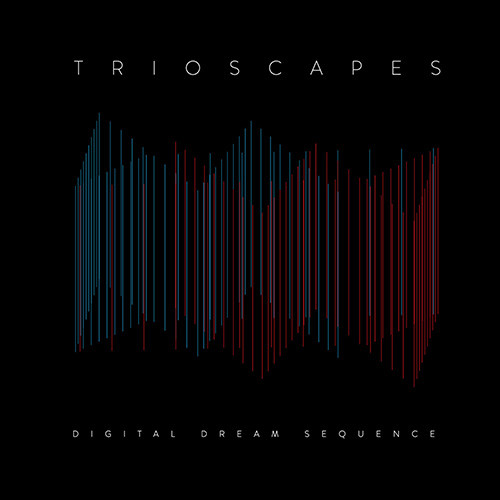 (Austin Weber reviews the new sophomore album by Trioscapes, which is being released today by Metal Blade Records.)

Music that lies at the intersection of jazz and metal has always interested me. The first Trioscapes album that came out not long ago in 2012, called Separate Realities, certainly scratched that itch. What excited me the most about the record was that it certainly seemed like only the beginning of where they could go with their sound, if they followed their heads.

While many are familiar with them as the side-project of Between The Buried And Me bassist Dan Briggs, saxophonist/flute player Walter Fancourt (ex-Mars Volta) and drummer/electronics artist Matt Lynch deserve just as much credit.

When Separate Realities was released, I immensely enjoyed it — but the band have experienced an exponential growth in their sound on Digital Dream Sequence. The leap into larger uncharted waters on the new record is simultaneously jaw-dropping and smile-inducing. They may be the same band toying with the same ideas, but the expanded and more unconventional depths of these new compositions gives the band a fuller, more adventurous sound than they previously exhibited. END_OF_DOCUMENT_TOKEN_TO_BE_REPLACED