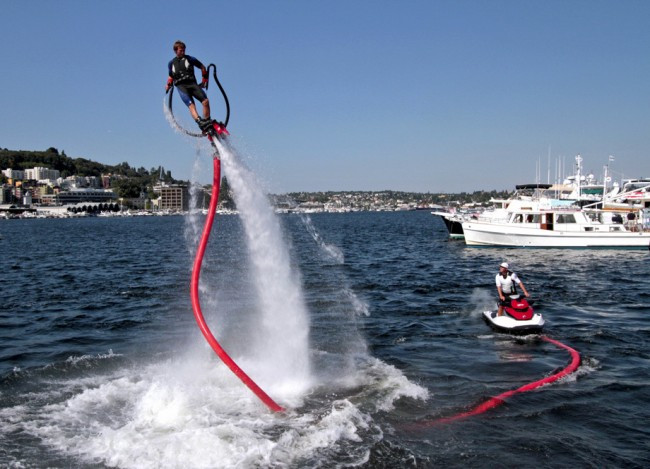 The FlyBoard was invented last year by two-time world champion jet skier Franky Zapata from France. After seeing these photos I had to see if I could find some video of this thing in action, and I succeeded. I found a promotional vid by Zapata’s company, which is selling these FlyBoards for $6,500. A lot of the video consists of Zapata and others speaking in French. I don’t understand French, but I sure as hell got a charge watching the parts of the video that show Zapata getting a workout on his invention. Watch it next . . . END_OF_DOCUMENT_TOKEN_TO_BE_REPLACED