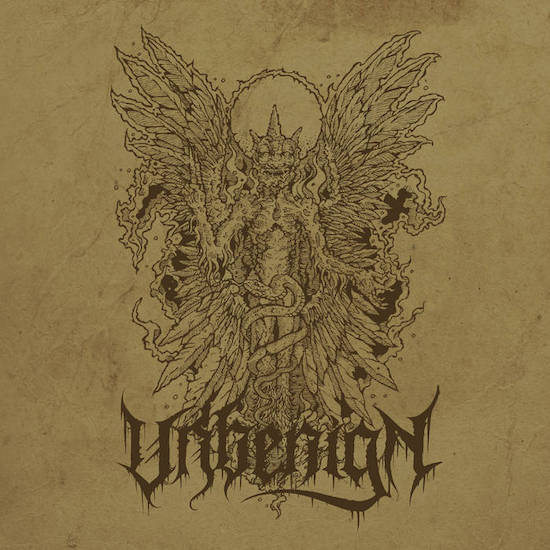 The Dutch black metal band Unbenign is a relatively new formation but it includes seasoned musicians who have performed with such bands as Prostitute Disfigurement, Centurian, and Nox, and their line-up was rounded out by Michiel van der Plicht (Carach Angren, Pestilence, ex-God Dethroned), who played session drums on their debut album and also handled the recording, mixing, and mastering. That album is self-titled and is now set for co-release by Satanath Records and Asgard Hass Productions on April 16th.

Unbenign have proclaimed that both lyrically and musically they drew their inspiration from second-wave black metal from the early ’90s, with a mission to create ferocious, in-your-face assaults as a means of channeling their frustrations with modern-day society. Their music is indeed ferocious, but it’s a lot more than that as well, as you’ll discover by listening to the song from the album that we’re premiering today. Its name is “The Untenanted Epoch“. END_OF_DOCUMENT_TOKEN_TO_BE_REPLACED