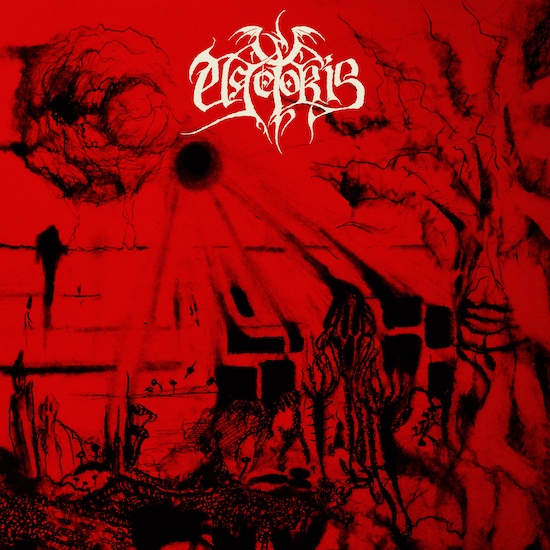 The bizarre Italian black/death metal band Unctoris have been quiet for eight years, for it was in 2013 that they released their last music, a split that culminated a series of demos and EPs which began in 2005. Those of us who were unaware of their mad and mutilating experiments might therefore be forgiven for our ignorance. But at last Unctoris have revived, or perhaps finally escaped from whatever asylum confined and attempted to treat them.

They completed work on their debut album Shout Demise, which seized the attention of Iron Bonehead Productions, who will release it on November 19th. What we have for you today is evidence that whatever asylum treatments they received were utter failures. If anything, Unctoris have been reveling in their loss of sanity in even more weird, wild, and wondrous ways.

Witness “Cercherò Il Passaggio Di Ritorno O Sarò Cancellato“, a song that in its diabolical ingenuity will shake your sanity like a rag doll but paradoxically becomes mesmerizing. END_OF_DOCUMENT_TOKEN_TO_BE_REPLACED