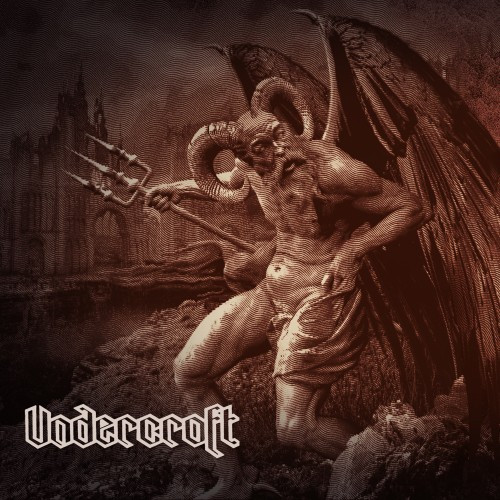 Roughly a decade has passed since Undercroft left Chile for Northern Europe. Roughly six years have passed since the band’s last studio release, during which time Undercroft’s vocalist and bassist Alvaro Lillo became a live performing member of Watain. But this group has re-grouped, and the blood of their homeland beats in this new album, the band’s sixth since 1995, Ruins of Gomorrah.

Undercroft hook you up like Frankenstein’s monster. They drive those iron bolts into your neck and then bring down the lightning in one super-charged rhythmic blast after another until you just can’t help but jump and bang your helpless head. This is maggot-ridden, old-school death metal that’s so packed full of deep-grooved, beefy riffs and mauling percussion that even rotting flesh could not help but move with the rhythm.

But as much of a riff-monster as this album is, it’s also something more. Listen to “El Triunfo De La Muerte” and “Emplando Al Invasor” and you’ll hear the rhythms of South America in the “tribal” drumming and the melodies, and you’ll even be surprised by brief trumpet notes in the latter track before being engulfed in a decimating explosion of blast beats and huge, grinding riffs. And, holy hell, there are congas and acoustic guitar in the title track. END_OF_DOCUMENT_TOKEN_TO_BE_REPLACED