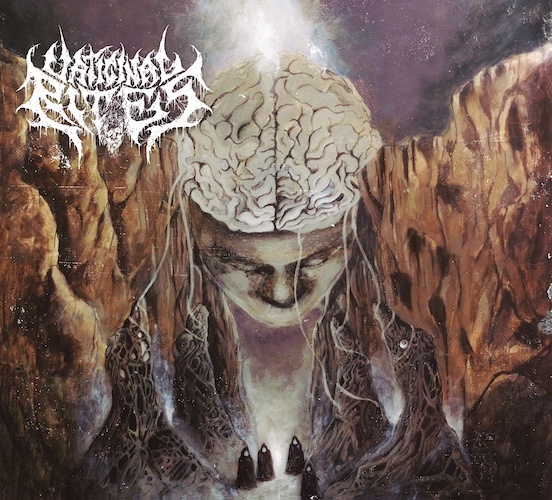 We have yet another silver lining to the immense black cloud of our pandemic existence, and the silver here is shaped by a band whose name sent us scurrying to the dictionary. What might “vaticinal” mean? Authoritative sources explain that the word means “having the nature of or characterized by prophecy; prophetic”.

And yes, this UK band was formed in 2020, in the midst of a global pandemic, social upheaval, and isolation. As the band themselves explain, they “play a visceral form of death metal inspired by the classic Floridian bands of the early – mid ’90s, with a special homage also paid to the European underground sound” and with lyrical and visual themes that “explore spirituality, loss, the occult and escapism”.

The debut EP of Vaticinal Rites is a self-titled four-track affair that arrested the attention of three highly-regarded labels — Redefining Darkness Records, Caligari Records, and Dry Cough Records — who will jointly release it on November 12th. Today we present the first two tracks on the EP, and when you hear them it will become obvious why the band’s debut release attracted such support. END_OF_DOCUMENT_TOKEN_TO_BE_REPLACED