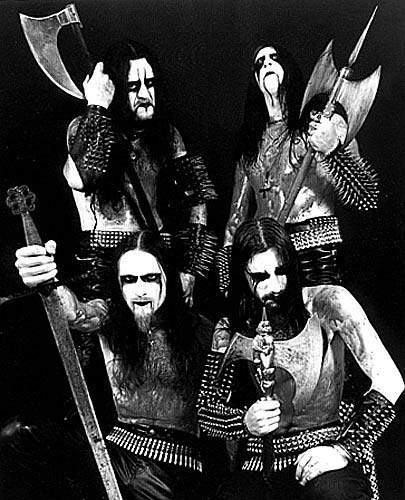 Over time, both sets of accessories have evolved from merely being elements of sub-genre attire into cultural movements of their own. Bling-bling and cling-clang are both usually made of metal, but that’s where the similarity between both cultural movements stops. Unsurprisingly, for a sub-genre and cultural movement as pessimistic and misanthropic as black metal, its proliferation in the early ‘90s even had the occasional political motive—something much of hip-hop has left far behind since its early days. END_OF_DOCUMENT_TOKEN_TO_BE_REPLACED