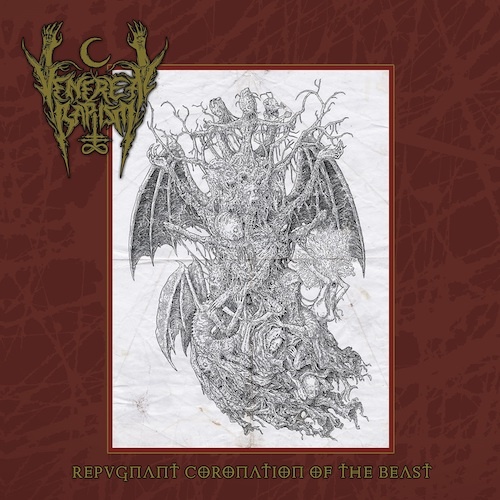 On the surface (and it’s the kind of surface you don’t want to touch without wearing surgical-grade antiseptic gloves), the South Texas black metal band Venereal Baptism is naaaasty. From their band name to the outrageous song titles on their new album Repugnant Coronation of the Beast, they just blare filth and depravity (and a complete disregard for modern mores and tender feelings) straight out of a bullhorn. It’s all so over the top in its offensiveness that it might even make you dubious about listening.

However, if you choose not to subject yourself to the full album riot that we’re premiering today on the eve of the record’s release by Osmose Productions, you’ll be missing a balls-to-the-wall thrill-ride, and one that proves to be fiendishly addictive. END_OF_DOCUMENT_TOKEN_TO_BE_REPLACED