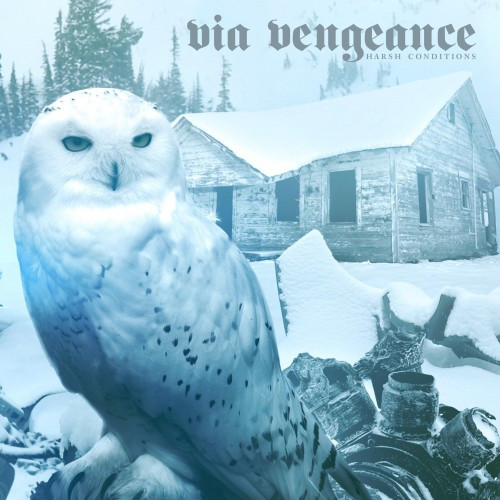 Via Vengeance is an unusual band. The fact that it’s a solo project may not be that unusual, but Shane Ocell (who’s also the drummer in the Phoenix sludge group Sorxe) carries his music beyond the studio, performing guitar, vocals, and drums live — all at once, by himself, without the use of looping or other digital manipulation. The second album of Via Vengeance, Harsh Conditions, which has been gestating for several years, will finally be released on March 11 by Battleground Records, and today we’ve got one of the new songs for you:  “Dead In the Snow“.

On this song, Ocell isn’t going it entirely alone, as he usually does. A Storm of Light’s Josh Graham — who also created the cover art — makes a guest vocal and guitar appearance on the song (and interestingly, Ocell’s grandmother BJ Scott adds piano and clean vocal harmonies elsewhere on Harsh Conditions). When asked about Josh Graham’s appearance, Shane Ocell explained: END_OF_DOCUMENT_TOKEN_TO_BE_REPLACED