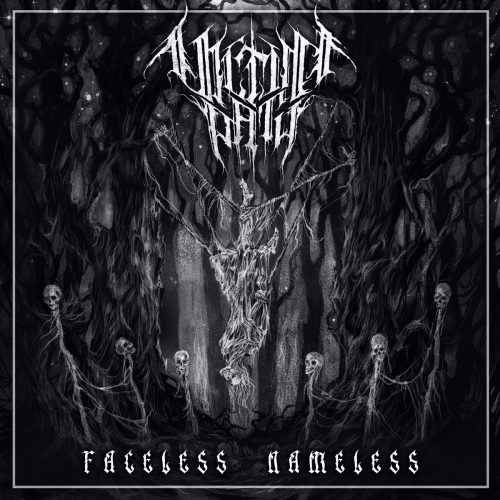 After releasing a debut demo in 2011 (In Life We Trust), a debut album in 2012 (Surrounded By Pain), and a single the following year (“Edges of Insanity“), the Belarusian metal band Victim Path are returning at last with a new two-song EP. Entitled Faceless Nameless, it will be released tomorrow via Bandcamp, but we have a stream of both tracks for you today.

The band’s lyrical focus, as they explain it, is on themes of “misanthropy, pain, the loneliness of a human being who is deprived of a right to be god’s creation,” and “the denial of religious postulates, rules and dogmas of everyday life”. And beyond the lyrics, the music on this new EP is itself an expression of grief and pain, one that draws upon the stylistic tools of black metal but employs other musical styles as well. And so perhaps resorting to the more vague but more encompassing term “dark metal” could be appropriate. END_OF_DOCUMENT_TOKEN_TO_BE_REPLACED