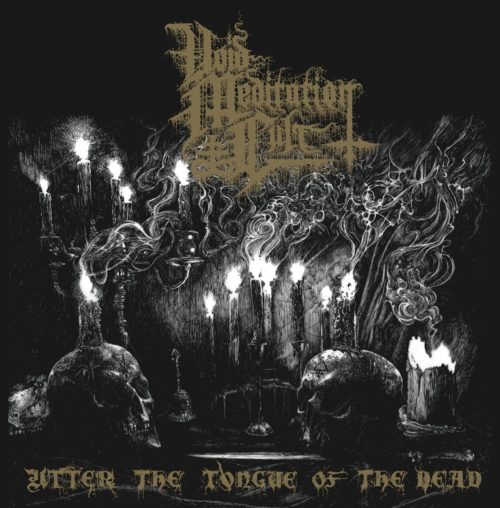 To begin this playlist I have a song from the debut album of the hooded Ohio band Void Meditation Cult — Utter the Tongues of the Dead — which will be released on October 31 by Hells Headbangers. It follows a 2011 demo named Sulfurous Prayers (and those songs were also included in a 2013 split with Sperm of Antichrist, which seems to have been another project of the main man behind Void Meditation Cult, who goes under the name of Desolate Defiler). END_OF_DOCUMENT_TOKEN_TO_BE_REPLACED