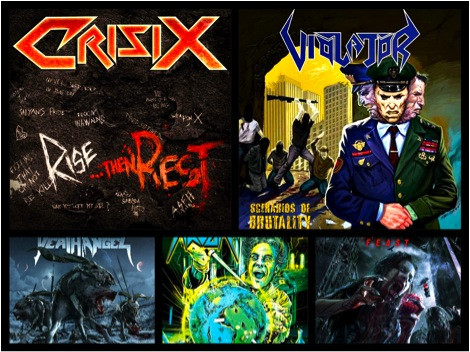 (TheMadIsraeli is in catch-up mode, reviewing five albums in this one post. You’ll find music from all the albums at the end.)

Welcome to power hour, the thing I do when I try to catch up on shit I should’ve reviewed long ago. It’s called power hour not because it’s an hour of music, but because it’ll take you a fucking hour to read the shit.

Sometimes we miss things here at NCS, and often enough I feel like an asshole for doing it, especially when I’m the guy who would normally cover the stuff we miss. So this is my attempt to reconcile. Five reviews in one, baby, deal with it.

As such though, I thought I’d make this themed, so it’s the thrash power hour. Let’s start with a relative newcomer… END_OF_DOCUMENT_TOKEN_TO_BE_REPLACED