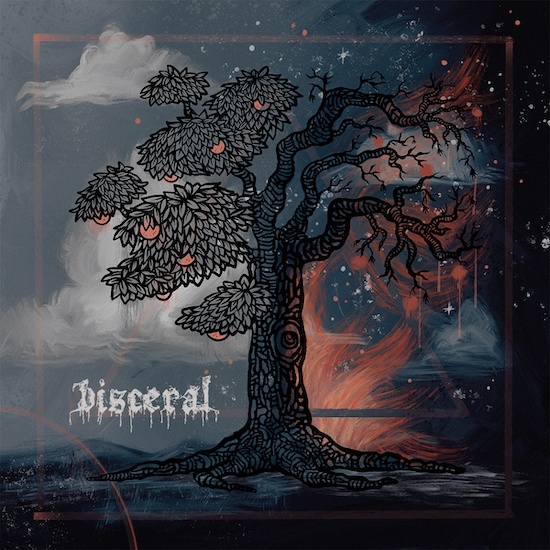 When a solo creator enlists a stellar group of other performers to help realize his vision, there’s a risk that the creator will be overshadowed. In the case of the death metal project Visceral, the centerpiece is Portuguese musician and vocalist Bruno K. He’s no newcomer, as a glance at Metal-Archives proves, having been a member of the death/grind band Bowelrot, who released four demos and a split in the early ’90s, as well as other projects from that era and more recently the black/death bands Enlighten and In Tha Umbra.

So, he has some history, and no doubt it is his musical conception and songcraft that gives Visceral its true lifeforce. But as mentioned, he also recruited some very talented allies for the recording of Visceral‘s forthcoming debut album The Tree of Venomous Fruit, including drummer Menthor Serpens from Enthroned, Lucifyre, and Nightbringer (among others), bassist Alexandre Ribeiro from Grog and Earth Electric, and vocalist Guilherme Henriques from Gaerea and Oak.

What they have all accomplished together is a very impressive 11-song record that draws from old school death metal traditions but goes beyond those, and we have a prime example of that in the album track we’re premiering today through a guitar-playthrough video, one that’s aptly named “Toxin“. END_OF_DOCUMENT_TOKEN_TO_BE_REPLACED