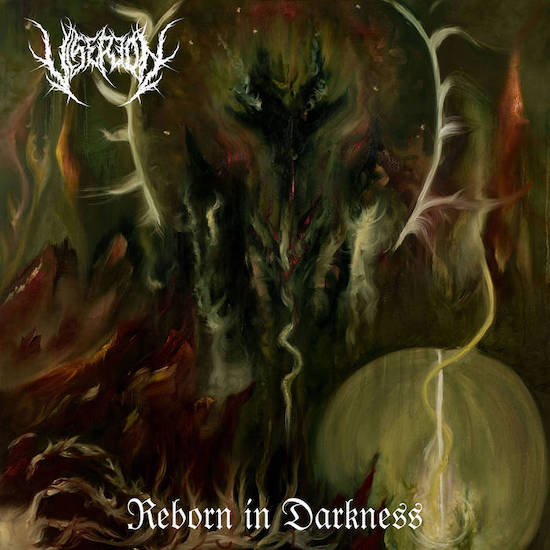 For their first new music since the 2021 album Natural Selection, the New York band Viserion (who took their name from Game of Thrones‘ resurrected ice dragon) chose to tell a narrative inspired by the the video game Destiny. They explain the choice in these words:

“Reborn in Darkness” is a story about rebirth, inspired by the character Oryx from Destiny. Oryx goes through transformations and becomes more powerful with each. This motif stood out to us particularly due to our own lineup changes. The instrumentation of the song was very raw and brutal as well, mirroring Oryx‘s campaign of destruction against the light.

With the influence of new members in the fold, this new song which we’re premiering today portrays the malice and heinous ferocity of its protagonist through a fusion of death metal, black metal, and hints of grindcore, and the combination yields an immersive and nightmarish experience that stays with you. END_OF_DOCUMENT_TOKEN_TO_BE_REPLACED