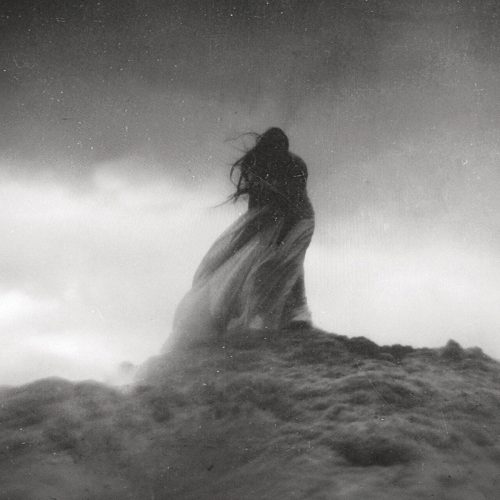 At least within the realms of extreme metal, Iceland is probably best known these days for black metal, with that charred chalice being carried high by a surprisingly large number of bands (many with interlocking line-ups) for such a small nation. But other cauldrons of musical extremity boil within the stark, dramatic landscapes of that remarkable country, and we get the sense that even across genres, bands set standards for each other to meet and surmount, if they can. That may be one reason why Iceland’s musical output has been so consistently good, despite the relatively small population.

As evidence that black metal isn’t the only exceptional music coming out of Iceland these days, today we’re presenting a full stream of the self-titled debut album by a group called Vofa, who with this release should make a rapid ascent toward the higher plateaus of funeral doom — even though the music itself seems like a horrifying descent into madness.

We present this complete stream on the day of Vofa’s release by Funere (Armenia) and Exhumed Records (Ecuador), and so you won’t have to wait to pick it up. And you won’t have to guess about whether it’s worth having. END_OF_DOCUMENT_TOKEN_TO_BE_REPLACED