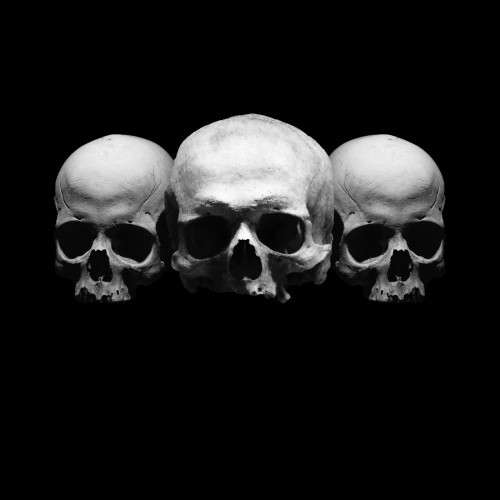 Vyrju began as the one-man project of Norwegian musician Jan F. Lindsø, but Vyrju’s debut EP Black also features session drums and clean vocals by Tim Yatras (Germ, Austere, ex-Nazxul, ex-Woods of Desolation). I’m a fan of Tim Yatras, and it was his participation in the recording that originally attracted me to it — well, that and the three big skulls on the EP’s cover, of course.

In a word, Black is captivating. The melodies in each of the four songs, with the exception of the short instrumental piece “Gone”, have a sombre and even depressive air, but they’re memorable and often beautiful in their own grim, ravaged way.  END_OF_DOCUMENT_TOKEN_TO_BE_REPLACED