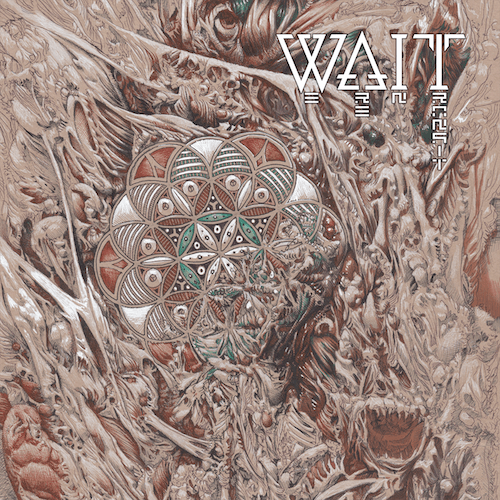 Sometime around 2011, we are told, guitarist and composer Charlie Eron burned a CD with a couple of demo tracks on it and handed it to vocalist Max Phelps (Exist, Death To All, Defeated Sanity, ex-Cynic) and bassist Alex Weber (Exist, Defeated Sanity) at a metal show in Frederick, Maryland. They apparently thought it was pretty cool, and things evolved from there. We are further told that many song iterations, revisions, and years later, the concept that “time is starkly linear and unrecoverable” came to Charlie Eron while working at a desk job “staring vacantly into a computer screen”. And thus, WAIT was born — rounded out by the participation of drummer extraordinaire Anup Sastry (Jeff Loomis, ex-Intervals, ex-Monuments, ex-Skyharbor).

Actually, all the members of WAIT are extraordinary at what they do, and their first release as a progressive death metal unit — the three-track EP We Are In Transit — is, in a word, a marvel. And we present the chance for you to hear it in advance of its July 12 release by The Artisan Era. END_OF_DOCUMENT_TOKEN_TO_BE_REPLACED