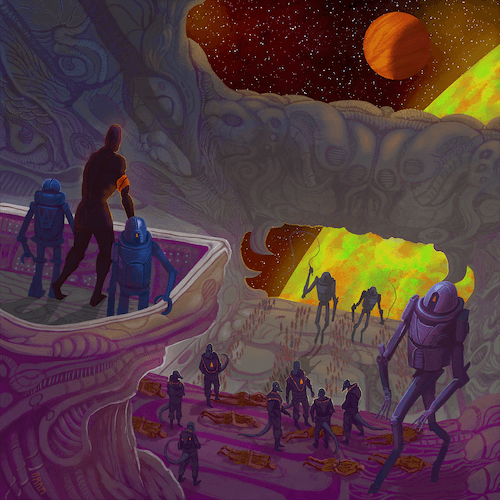 Wallowing’s Orwellian vision of the future, as rendered through their new album Planet Loss, is harrowing. Constructed as a politically charged narrative of a small rebellion against an oppressive ruling regime which results in the end of civilization, the album is a single 32-minute piece of music divided into six sub-tracks — and they are every bit as harrowing as this UK band’s apocalyptic tale.

The album will be released on September 13th by Sludgelord Records and Black Voodoo Records. References are made, like a musical GPS, to Indian, Primitive Man, and Slabdragger. Further locational guides to Wallowing’s place in the underground include references to blackened sludge, grindcore, and noise. Where all those coordinates lead is a nightmare wasteland rendered through sound, where the physical demolition of civilization’s proud edifices is still in progress, and where sanity has already become a casualty. END_OF_DOCUMENT_TOKEN_TO_BE_REPLACED