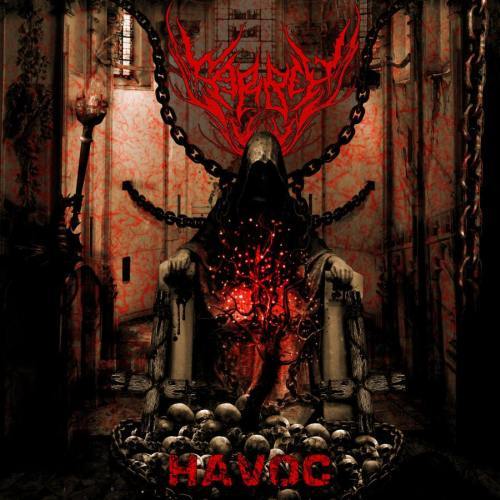 Few metal video concepts have been beaten to death more thoroughly than visions of sword-wielding warriors from a mythic age spilling blood in a northern forest. Somewhere, as you read this, a Ph.D. student is writing a thesis devoted to this subject, morbidly aware that he’ll still have no job when it’s done, but deluded by the belief that he can develop an explanation for the ubiquity of this trope which is more meaningful than the simple truth: metal videos have warriors in forests because it’s fucking metal.

Of course, it helps tremendously if videos of warriors in forests are accompanied by enjoyable music, and the two recent videos in this post have that going for them.

Warbell are a melodic death metal band from Jelenia Góra, Poland. They emphasize that they are “female-fronted”, because, let’s face it, that still gets certain fans interested. When I see that kind of advertising, however, it tends to make me want to run the other way, not because I think female growlers are less capable than male ones but because it often means a band have nothing else going for them besides a pretty face at the front of the stage. In Warbell’s case, I’m glad I didn’t run away. END_OF_DOCUMENT_TOKEN_TO_BE_REPLACED