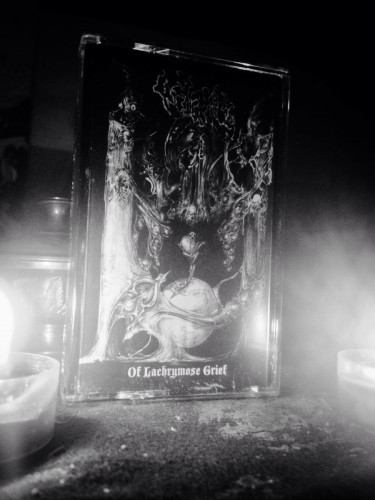 (Leperkahn brings words of praise for an EP by a San Diego band named Weightlessness, and an interview with the band’s bass player and vocalist “J”.)

For me, the two most distinctive elements in funeral doom (and its cousin death/doom) are a slow pace and morose, somber atmosphere. The former is rather easy to nail down, and is done pretty effectively by pretty much every band who set their sights on the subgenre. The latter quality, however, is far more difficult to master, and tends to be the standard that measures how good a funeral doom album is, and what separates the men from the boys in the genre.

In the past year or so, I’ve been trying to familiarize myself a lot more with doom and funeral doom, going through some of the legends and the newest masters, such as Ataraxie, Thou (I realize they aren’t purely funeral doom, but it’s a large part of their sound), Evoken (still need to dig into them further), Thergothon, Mournful Congregation, Lycus, and more. What all of these bands have in common is that they’ve mastered both of those main tenants of funeral doom, and tied them together beautifully – utilizing glacial pace as a tool to communicate paralyzing grief and despondence.

Out of nowhere (specifically, sunny San Diego, of all bloody places), Weightlessness have aimed to build upon those achievements within the genre, and on their debut EP Of Lachrymose Grief, they’ve done just that, infusing some of the best, most despondent funeral doom I’ve heard all year with some of the best melodies that Orchid– and Morningrise-era Mikael Akerfeldt never wrote. END_OF_DOCUMENT_TOKEN_TO_BE_REPLACED