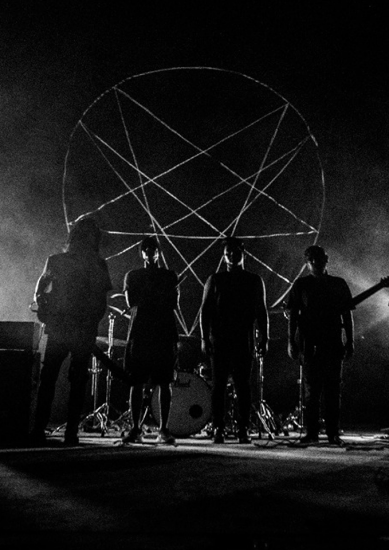 The wolven brotherhood When Blood Falls Down come our way from the city of León in Guanajuato, Mexico. Their debut album P A N D AE M O N I U M will be released later this year by Transcending Records, and today we have for you an official video for a song from the album called “Serpens Circulum Albidus“.

The song could be thought of as a manifestation of satanic blackened deathcore. While creating an atmosphere that’s persistently ominous and arcane — a feeling that’s enhanced by the shadowy, occult-themed video — the band mete out a serious beating capable of leaving welts, bruises, and more than a few loose teeth. END_OF_DOCUMENT_TOKEN_TO_BE_REPLACED