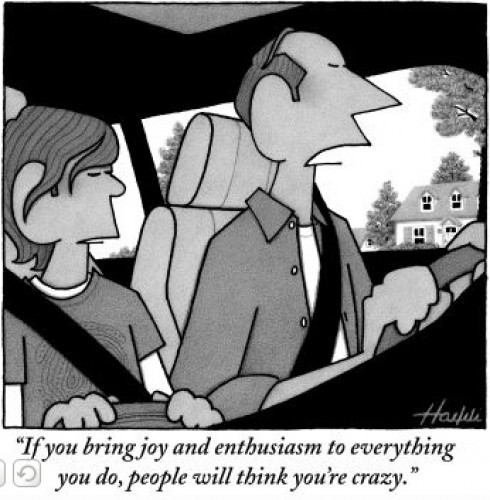 Nah, this isn’t going to become a recurring feature on the site, but I couldn’t resist posting this cartoon, which appeared in The New Yorker mag. Credit goes to the very clever cartoonist William Haefeli.

But since this is NCS, I think I need to throw in some music, and man, do I have some music! The band is called Mors Subita. They’re from Finland, of course. They’ll be releasing their debut album, Human Waste Compression, this summer (they’re still looking for a record label).  Isn’t that a great album title? By the way, according to Google Translate, “mors subita” means “sudden death” in Latin.

According to a press release, the CD will contain “11 tracks of aggressive, melodic and groovy metal.” They’ve just released an official video for a song from that debut album called “The Sermon”. If all sermons were like this, I would start going to church again.

Yes, it’s groovy — massively so. Yes, it’s aggressive — with fangs and claws bared. Yes, it’s catchy as a damned ebola virus. Listening to this song is like the feeling I imagine you’d get if you decided to do chin-ups on a live power line. It will send about 10,000 volts straight through to your cranial pleasure center. In other words, dis be some sweet shit. Nicely done video, too. You can watch after the jump. Suomi perkele! END_OF_DOCUMENT_TOKEN_TO_BE_REPLACED