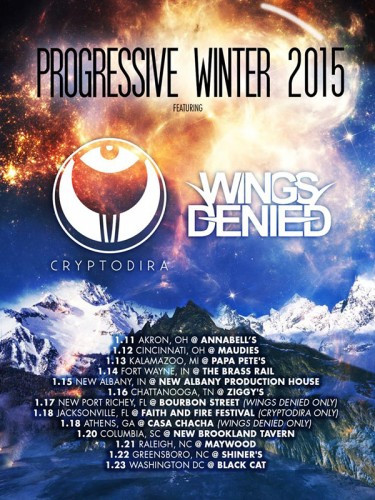 Unfortunately, due to my boss not telling me he was able to get my shift covered until I showed up for work the night of the show, I was unable to have Nik accompany me and take pictures. Normally I would have borrowed someone’s camera, but I couldn’t make that happen on such short notice,  so most of the photos in this post were taken on my sub-par quality phone camera, with a few Cryptodira shots taken by the fill-in vocalist for Wings Denied, Jeff Klemm. END_OF_DOCUMENT_TOKEN_TO_BE_REPLACED