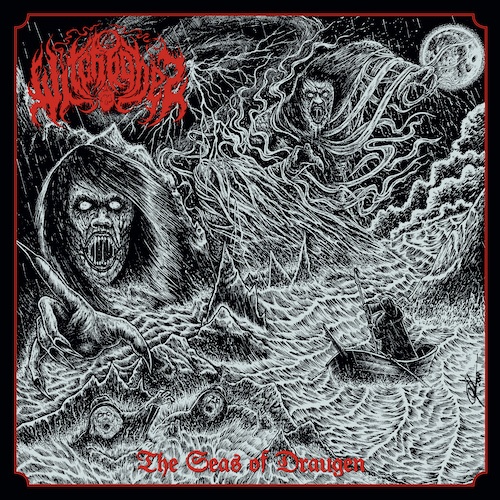 The record to date of Witchbones‘ creativity is something like the sudden and explosive release of immense pressures building within a vacuum-sealed canister. This Portland band’s sole creator, Vardlokker, took the form of Witchbones only last year, but beginning in January of this year has generated a torrent of releases — three EPs, two compilations, a debut album (We Haunt Ourselves), and now a second album, The Seas of Draugen. The previous recordings were self-released digitally (with Death Kvlt Productions handling the Akasha 2 compilation), but this new album will be ushered into the world by Iron Bonehead Productions, on CD and LP.

Like the undead horrors from Norse myth that are referred to in the album’s title, The Seas of Draugen is indeed a preternaturally horrifying black/death assault on the senses, one that seems to intertwine aquatic themes with otherworldly monstrosity. It generates waking nightmares through sound, none more terrifying than the title track we’re presenting today in advance of the album’s December 6 release. END_OF_DOCUMENT_TOKEN_TO_BE_REPLACED