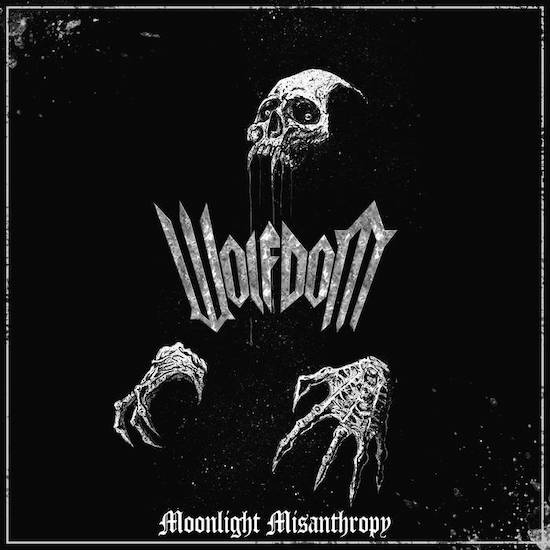 The evocation of mood and the inspiration of imagination are important ingredients in the darker veins of heavy metal. The international band Wolfdom obviously know that. They set about doing it before you hear a single note, through the band name they chose, through the name of their debut album — Moonlight Misanthropy — and through the record’s macabre cover art. It all combines to invoke a midnight atmosphere of supernatural horror and hostility to humankind.

But what of the music they’ve made? GrimmDistribution, the label that will release the album on January 23rd, discloses that Wolfdom operated under the influence of Darkthrone (especially the albums F.O.A.D. and Cult Is Alive), as well as Bewitcher and Midnight, reveling in “the glorification of Satan through the good old heavy metal”, with Satan representing for them a “raised banner of freedom, a creative realization of oneself in spite of the propagated propaganda of politicians and religions”.

But let’s see for ourselves, shall we? END_OF_DOCUMENT_TOKEN_TO_BE_REPLACED