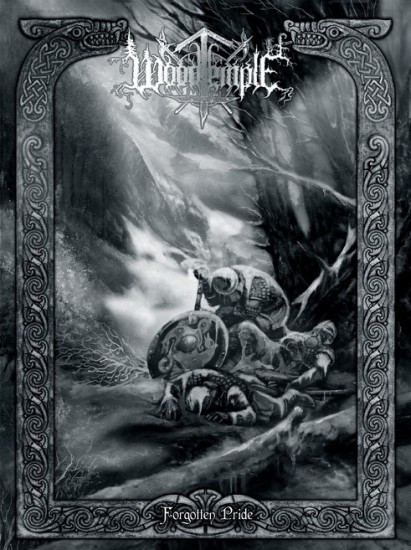 On September 30, Sacrilege Records will release the fifth album by Austria’s Woodtemple, Forgotten Pride, and in advance of the release we’re giving you the chance to hear the album’s title track.

The song is both melancholy and inspiring, both meditative and surging. It includes folk elements, such as acoustic strumming and the sound of hand drums; a mix of Aramath’s cracked, harsh rasp and the soaring beauty of clean choral voices; a shining keyboard melody that moves in drifting waves throughout the song and jagged riffs that give the music roots in the earth to accompany the almost ethereal quality of the keyboard refrain.

The music is an atmospheric approach to pagan metal that preserves a sense of ancient conflicts and bloodied swords, with the dead and dying illuminated in the flickering glow of bonfires at night, yet inspires spiritual visions as well. END_OF_DOCUMENT_TOKEN_TO_BE_REPLACED