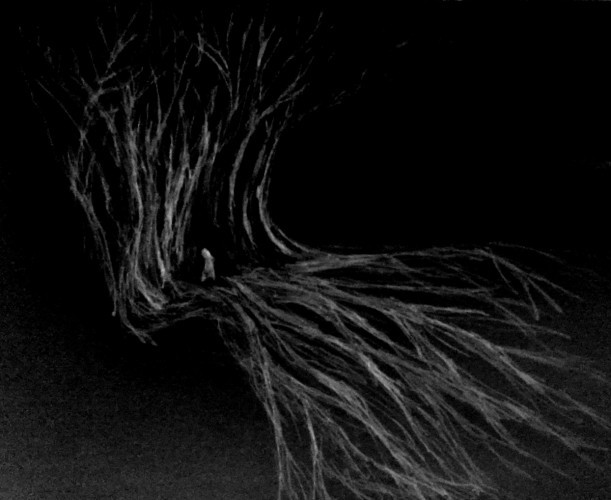 We rarely turn back in time for the metal releases we review at this site, instead spending most of our time focusing on what’s coming in the future. And when I recently began listening to Woudloper’s self-titled demo (which seems to have been originally self-released about a year ago, and then was distributed on cassette by the Dutch label Breathe Plastic Records earlier this year), I didn’t mean to write a review. I thought perhaps I would include a mention of it in one of our Shades of Black round-ups. But this small obsidian gem is so good that I thought it deserved a stand-alone feature.

The band is the solo project of a Dutch musician named Erik B., and this demo consists of two long songs, denominated only by number. If you’re interested in a genre description, the music crosses boundaries, fusing together elements of atmospheric black metal, sludgy doom, and post-metal. It’s staggeringly heavy and manages to be both mesmerizing and frightening. END_OF_DOCUMENT_TOKEN_TO_BE_REPLACED