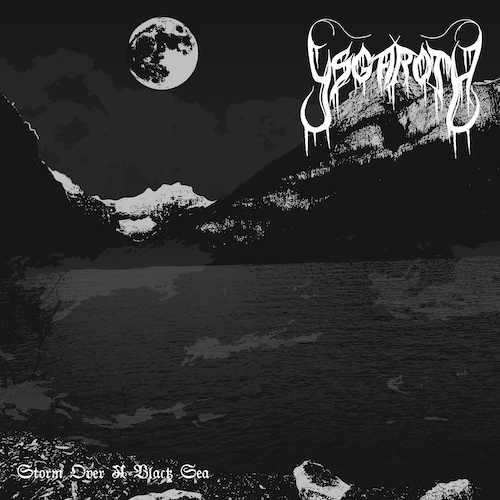 It’s well-known that we host a lot of premieres at our site — every day, in fact. It requires a lot of effort since we always accompany them with reviews, and that can detract from other things we might be doing instead. But one reason we’re so open to them is the opportunity they provide to introduce not just you, but us as well, to music we might otherwise overlook. And sometimes, those opportunities prove to be rapturous discoveries — which is the case with Ysgaroth’s album Storm Over A Black Sea, which is set for release tomorrow.

Simply put, the album is an enormous surprise, an unexpected gem that arrives without much advance fanfare. It is, after all, this Vancouver trio’s debut album. But they’re not taking tentative steps here. The songs are remarkably ambitious in their construction and remarkably demanding in their execution. Fortunately, the instrumental skill displayed here is at a very high level, and the songcraft, while elaborately multi-faceted and wide-ranging in its stylistic scope, is thrilling to behold. END_OF_DOCUMENT_TOKEN_TO_BE_REPLACED