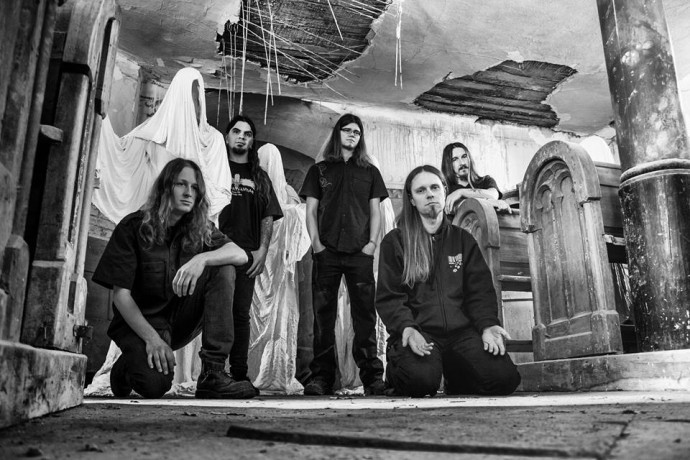 (Our Russian contributor Comrade Aleks brings us this interview with Zdenek Nevělík, vocalist of Et Moriemur, whose second album Ex Nihilo In Nihilum was released last month by Solitude Productions.)

As Solitude Productions released the second full-length of Czech death doom band Et Moriemur, I remembered my old promise to get in get in contact with Zdenek Nevělík, the band’s voiceman. Ex Nihilo In Nihilum sounds stronger and more mature, considering the band’s debut record Cupio Dissolvi, so why wouldn’t we take a glance into the Czech underground?

Hail Zdenek! How are you man? Et Moriemur has a fresh record Ex Nihilo In Nihilum, are you happy with that fact?

You can bet on it Aleks! Some songs on Ex Nihilo were written already before the completion of our first full-length album Cupio Dissolvi so it’s a circle that comes to a close. The new CD is similar in some ways to its predecessors but in others inevitably different. We tried to write a compact album with a definite sound and theme. Of course there are many variations but I think as a whole Ex Nihilo is more cohesive than Cupio. In any case we are very very proud of it and hope that doom fans will like it as well. END_OF_DOCUMENT_TOKEN_TO_BE_REPLACED