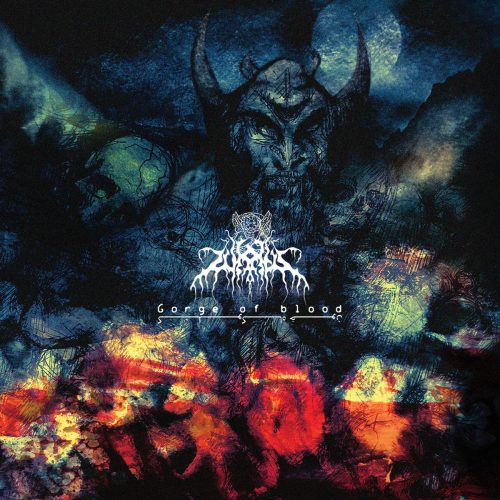 Three years on from the release of their last album, the Persian black metal band Zurvan have completed a new record named Gorge of Blood, which will be co-released on June 28 by Satanath Records (Russia) and The Eastern Front (Israel). What we have for you today are streams of two previously released songs from the album plus our premiere of a new one named “Hallucination“.

Zurvan first came to life in Iran as the project of vocalist/multi-instrumentalist Nâghes in 2009, and in 2012 the band became a two-person strike force with the addition of drummer Taromad. The band is now located in Germany, but as you will discover, the music is still very much connected to the Oriental musical traditions of their homeland, yet at the same time firmly rooted in the rebellious and ferocious antagonism of black metal. END_OF_DOCUMENT_TOKEN_TO_BE_REPLACED