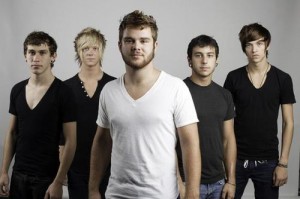 But against all these odds, I’m still addicted to Texas in July. Call it a guilty pleasure. And the source of the appeal, as it should be, is the music. To explain . . .It’s plenty heavy — heavier than I would have expected based on the superficial facts listed above. Intricate, blistering drumwork meshed with melodic-death style, down-tuned riffing and plenty of crushing, layered breakdowns. And Alex Good delivers with a combination of outstanding hardcore howling and death-metal gutterals. But what really draws me back to I Am again and again are the melodic hooks worked into each song by the superb guitar work of Christian Royer. They make each song distinct and memorable, and ultimately that’s what brings me back to I Am — that combination of melodies that stick in my head, intelligently interwoven with honest, blast-furnace brutality. 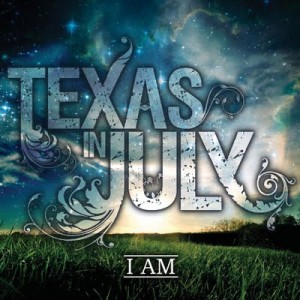 And that turns the youthfulness factor of this band on its head — because they definitely don’t sound like a bunch of teenagers just starting out.  These guys are already accomplished song-writers and skilled musicians, way beyond their years. They remind me of three bands I like a lot rolled into one — Darkest Hour, August Burns Red, and Impending Doom. I’m truly perplexed about how these guys learned their craft so well at such an early age. And, by the way, where did 5 dudes from PA come up with a name like Texas in July?

Young they may be, but they’ve already had one traumatic experience most of us are lucky enough to avoid our whole lives: this past summer they had a head-on collision with another car while on tour.  It left all the band members with varying degrees of injury and cost the life of the other driver. Keep that in mind when you watch the following live performance video, which includes my favorite song off I Am,”It’s Not My First Rodeo.”  Royer and bassist Ben Witkowski use crutches to hobble on stage and then perform the set while seated, and through it all, while riffing the hell out of his guitar, Royer’s got the most infectious grin on his face. Ah, the resilience of youth . . . .