Anyway, please read about those three overlooked bands after the jump. 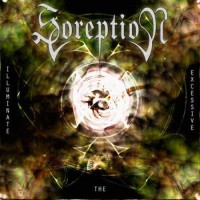 Originally released in 2008, this Swedish band’s EP Illuminate the Excessive is only four tracks long, creatively entitled 1, 2, 3, and 4.  But what the track titles lack in imagination, the music itself makes up for in spades. We didn’t discover these guys until sometime in the middle of 2009, but from the first listen those four tracks grabbed us by the throat and made us realize we’d been lucky enough to encounter something genuinely original.

We’ve listened to Illuminate the Excessive repeatedly and have been repeatedly disappointed that it flies by so fast. There needs to be more of this! And it appears there will be. According to the band’s blog, they’ve been working on a full-length to be called Deterioration of Minds. Not clear when it will be finished and ready for release, but it can’t be too soon for us. The band has posted the list of track titles for the 8 songs on the new album. Take a wild guess. OK, you guessed it: the tracks will be called 5–12.

If you like complex metal played at a high level, but with a groove, you need to check these guys out. Here’s a sample (this is probably my favorite song title on the EP): 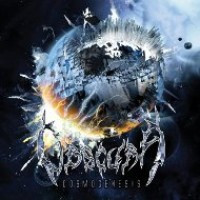 Only two albums into their discography, this band has leap-frogged over other toilers in the tech-death pit and landed in the front ranks of the genre. All of the instrumentalists are virtuosos and their technique leaves most others in this challenging sub-genre in the dust. They take turns stealing the show; even the bass comes forward in the mix for soloing. Melodic guitar arpeggios are sprinkled throughout, along with occasional surprises such as robotic auto-tuned vocals and acoustic guitar interludes.

Cosmogenesis demands close listening — but rewards it abundantly. Often, every instrument seems to be following its own intricate path, only to come satisfyingly together just when you expect everything is about to spin out of control. If you had friends who were jazz enthusiasts, this is the kind of death metal you would play for them.

If you missed Obscura during ’09, it’s time to check ’em out in twenty-ten.  They’ll be touring the U.S. this spring with The Black Dahlia Murder, Augury, and Hatesphere. That promises to be a blow-out show, and you can bet we’ll be there when they dive bomb Seattle on March 9.

In the meantime, here’s a sample from Cosmogenesis: 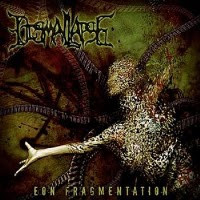 I learned about these Sacramento-based dudes through a Metal Sucks recommendation, for which I’m genuinely grateful, because Dismal Lapse is making some kick-ass technical metal.  First came a 2008 EP called The Nameless Faceless, and then in 2009 the band produced a full-length, Eon Fragmentation (which includes songs from the EP).

Eon Fragmentation is a cool mix of fast-paced, technical death metal dissonance played with precision and flair and occasional down-tempo interludes of melodic riffing. Chris Barnum‘s got a great voice for death metal, and for all you left-brain metalheads out there, you’ll find plenty of impressive tempo-shifting and polyrhythms. A very accomplished collection of brain-warping goodies that stands up to repeat listening.

Unfortunately, it appears that in December the band’s guitarist Evan Gravatt was forced to quit the band because of the demands of daily life (i.e., his day job). The other guys are hunting for a new guitarist. Gravatt has some real chops, and I’m assuming dudes like him don’t grow on trees. We can only hope Dismal Lapse succeeds in filling his spot and continues forward on the promising trail they’ve blazed so far. We want more of what they’ve been doing! Check out a sample here: