Feeling a bit aimless today? Wondering what to do with the next 4 minutes? Sure, the rest of the webworld beckons, or you could get up off your not-so-comfy chair and actually do something in the physical world. But why decide now, when instead you could postpone the decision by watching this just-released video?

It’s pretty fucking cool. The song is “Of Night and Silence,” and the band is SOTHIS from L.A. It’s symphonic black metal from the frigid Southland. Not a fan of black metal? Dubious about the idea of a band from SoCal practicing the black metal arts? Do your close friends here at NCS a favor and watch it anyway.

I’m wondering if the “trve” black metal acolytes out there would condemn Sothis precisely because they’re not from Norway or because their music includes infectious riffs and waves of soaring melody, or for some other reason that eludes me.  Hey, I confess that I’m somewhere on the other side of the world from “trve,” so I don’t really care about purity testing. To my unpurified ears, the song sounds killer. (read more after the jump . . . and I got a coupla more questions for you black metal experts out there) 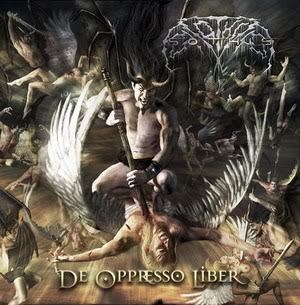 The cut is called “Of Night and Silence” and it’s the first track off SOTHIS‘ 2008 debut album on Candlelight Records, De Oppresso Liber, which was mixed by King Diamond guitarist Andy LaRocque at his Sonic Train Studios in Varberg, Sweden. As I said, “Of Night and Silence” has got hard-driving riffs, melodic waves of tremolo-picked guitar and synthesizer, and vocals that have that distinctive raspiness you expect but don’t wear out their welcome with repeat listening.

There’s one other reason the video is cool: It was directed and edited by the band’s vocalist, Drogoth, and he also created all the visual effects. Makes me wonder what the dude’s day job is, because what he’s done with the basic performance footage is creative, and he gets the maximum impact from the band’s corpse-painted visages and costumes.

On the strength of this song and the video, I’ve been listening to the whole album from which it came over the last 24 hours, and I think the whole thing fucking slays. But what do I know?

A parting word on the purity-testing thing: On its MySpace blog, Sothis features this quote from an interview with Ihsahn in Zero Tolerance magazine (Issue 23)

“Nietszch’s phrase ‘the re-evaluation of all values’ – if you think of that on a personal level, you have a very specific individualism where you don’t just take the liberties of being a free spirit, you also take the responsibilities.” Ihsahn sees the misunderstanding of Nietszch’s work, where the Nazis’ fundamental misreading of the bermensch ideal is generally accepted, as typical of the confused thinking at work within the black metal scene. “That is misunderstood by most people, I think. And taking someone else’s view of it is to miss the point exactly. It is an irony you see in the whole thing of ‘true’ / not ‘true’ black metal. It is a huge paradox, because black metal – as I see it – is built on total individuality, and if you start setting rules for how other people should behave within these parameters, the whole point is gone; that’s not black metal.” 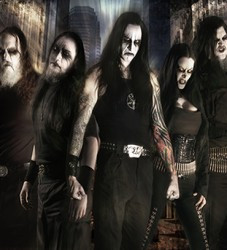 Makes sense to me, and I would think Ihsahn’s got some street cred on this issue. But hey, I already said I’m not “trve.” On the other hand, I know we’ve got a few visitors to this site out there who know a hell of a lot more than I do about the history, culture, and discography of black metal. What do you think of Ihsahn’s point? And do you know this band? If so, what do you think of them?

Sothis says it’s currently completing writing for their second album and plans to record it this spring for a release in late 2010. I’ll be looking for it . . . .