It’s time for another installment of Band Name Fodder!

I don’t watch much TV, but when I do I can’t escape those fucking direct-to-consumer drug commercials.

I really don’t get it. Big pharmaceutical companies are spending more than $4 billion annually promoting products to people who can’t buy them. You need a fucking prescription to buy this shit! And who writes prescriptions? Doctors do! And surely doctors don’t decide what to prescribe based on TV ads. Do they? Please tell me they don’t!

So the theory is that advertising will cause people who have medical problems (or think they do) to ask their doctors for the drugs they see advertised on TV, and that will cause doctors to prescribe more of the advertised drugs. It must work, because if it didn’t, Big Pharma wouldn’t continue spending so much fucking money on those ass-sucking ads. And that’s pretty scary.

What’s particularly insane is that the advertising has been successful despite the fact that the ads spend more time warning you about all the disgusting side effects of the products than they do explaining the supposed benefits. Shit, even if I were tempted to believe the puffery that the drug companies spout about their wares, I wouldn’t touch ’em with a ten-foot pole after hearing the litany of warnings — but that obviously isn’t holding most people back.

The whole phenomenon just seems twisted and grotesque. But I’ve thought of one way to entertain myself when I’m stuck watching one of those ads: I imagine the drug names are the names of extreme metal bands, and I think about what kind of music they play — and what kind of side-effect warnings would appear on the CDs. Here are a few examples (after the jump . . .): 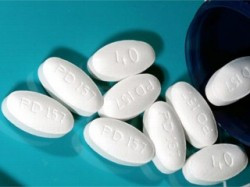 This old-school Norwegian black metal band churns out vicious, stripped down, pummeling music — and listening to it will allow you to live forever even if you stuff yourself on a daily basis with fatty fried food and pizza! (We need to mention that on rare occasions, listeners have been known to piss blood and to vomit until their rectums come out their mouths.  Enjoy!)

The music of this Dutch melodic death metal band will penetrate every orifice with non-stop hammering riffage and howls of melodic ecstasy. Hey dudes, this music will cause your pants to tent up like a circus big top! If this doesn’t give you wood, then you might as well schedule that sex change operation you’ve been putting off. (But enjoy it while you can, because repeat listening may cause your dicks to fall off. No guts, no glory!)

Technical death metal from Montreal! Man, listening to this shit will make you feel like you snorted a gram of pure meth! You’ll feel like the top of your head is about to shoot off into the stratosphere — but without the runny nose! (Warning: listening to Nasonex may cause your eyeballs to pop out followed by gouts of mucus-infused blood. Do not listen to Nasonex while driving — or while sitting, standing, or lying down.) 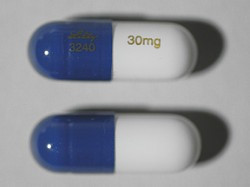 Feeling suicidally depressed, or just anxious about life in general and your own dismal insignificance? Check out this folk metal band from the Pyrenees! Mixing traditional instruments like the txistu, accordian, and tambourine with double-bass and chugging guitars, this band will lift you out of the dumps and make you insufferably cheerful.

(Some people who listen to Cymbalta experience explosive diarrhea accompanied by mind-numbing hallucinations — but that only happens to 1 in 10 listeners.  Don’t be a fucking wimp — roll the dice!)

This deathcore band from Cleveland will scramble your brain chemicals and snap you out of that bipolar state you’re in with crushing breakdowns, dissonant riffs, and off-the-hook blast beats!

Feel like playing this game yourselves? If so, leave a comment with your ideas. If not, have a nice fucking day anyway.

(Editor’s Note: As far as we know, there aren’t any actual metal bands that have these names. If by sheer chance there are, listen up: WE’RE NOT REALLY TALKING ABOUT YOU!)