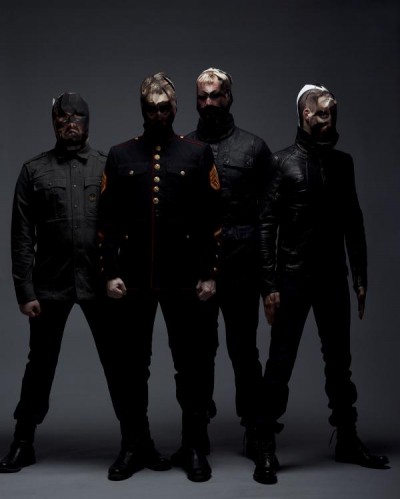 These avant-garde Norwegian metallers have just released their fifth album, Blackjazz. How did we not know about Shining before now?

Blackjazz is wild in every sense of the word – feral, uninhibited, unpredictable, deranged, vicious. Ah, hell, wild is too tame an adjective — it’s just bug-eyed, batshit crazy. Not headbanging music. Not music you can have on background as you do something else. If you’re going to listen, that’s what you’ve got to do — listen with single-minded focus.

If you want to find out where extreme metal is being pushed into new frontiers, visit Blackjazz. Our prediction: you will either love it, or it will make you want to hurl your music player against the wall and run screaming into the street. Or all of the above.

Blackjazz erupts from the starting gate with “The Madness and the Damage Done” – shrieking howls, crazy riffs swarming like a hive of giant bees, complicated math-metal rhythms pounded out by the bass and drums, industrial sledgehammer keyboards, and the cacophony building in intensity until you think the whole enterprise is going to fly apart at the seams.

And that’s just for starters. (read more after the jump, plus a few tracks available for screaming streaming . . .) 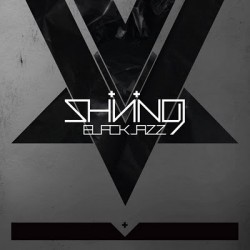 “Fisheye” follows on the heels of “The Madness” with thundering percussion and squealing keyboards, the bass begins hammering out a distorted riff, and the howling vocals begin. Electronic samples dart in and out, and then a moment of quiet appears in the maelstrom – and a saxophone comes up to the front of the sound, just long enough to make you realize it was screaming in the background of the mix all along. Then the industrial groove hooks back into the music and sweeps you along to the finish.

“Exit Sun” is next, clocking in at over 8 minutes.  The track begins with intricate polyrhythms from all the instruments, plus the sound of a siren ebbing and flowing in the background. More strange electronic noises follow before a heavy-as-shit bassline takes over with deranged, electronically distorted shrieking vocals over the top of it.

“Healter Skelter” is a fast-paced, complex, freaked-out, sax-driven instrumental accompanied by an equally freaked-out drum pattern and distorted guitar riffs whipping around on top of a crushingly ominous bassline.

And then what have we here? Another track called “The Madness and the Damage Done”? That’s what the track list says, but the song starts in a completely different way from the opening track – slowly, with what sounds like a violin and pulsing keyboards. Again, the intensity grows until the pounding and shrieking start, and yes, there actually are some familiar thematic passages from that first song with the same name. 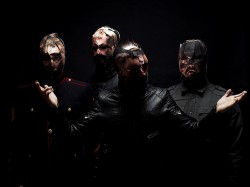 “Blackjazz Deathtrance” is almost 11 minutes long.  Wildly intricate rhythms from the drum and bass, periodically accompanied by screaming guitars and keyboards, consume the early phase of the song. And then the rhythmic complexity shifts into an even higher gear with psychotic harsh vocals in the background. Dissonant guitar chords announce a slow-down – but not for long, as the blizzard of noise builds back up to a shrieking tornado of technical intricacy.

“Omen” is another lengthy visitation to the asylum, commencing with random scratches and distorted feedback, followed by Outer Limits-style synthesizer creepiness, random guitar dissonance, and eventually, furious pummeling of the drums. Somewhere in the mix are bleak vocal howls. Parts of this song have a ponderous pacing, unlike anything else on the album, but it’s just as inventively whacked-out as everything else.

And then we come at the last to Shining‘s cover of King Crimson‘s “21st Century Schizoid Man,” featuring the most disturbing, distorted vocals on the album, courtesy of a cameo appearance by  by Grutle Kjellson of Enslaved. It’s recognizably the King Crimson classic (a crazy fusion of jazz and psychedelia), but updated by Shining to make it, well, even more insane. The instrumental work is amazing, including saxophone shredding that’s more off the hook than on the original. 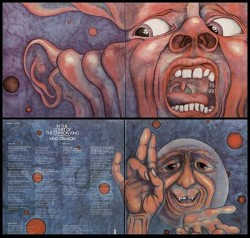 This cover song is what first induced me to give Blackjazz a listen. Too many years ago to name, I developed an addiction to King Crimson‘s 1969 album In the Court of the Crimson King, which includes “21st Century Schizoid Man.” Haven’t thought about the album in many moons, but I’ve been listening to it again since discovering Blackjazz. Kinda weird to think that in 1969, the 21st century lay more than 30 years in the future — but here we are, a decade into the 21st century, and sure as shit, we’re schizoid.

It’s a fitting way to end this album. I imagine that in 1969, In the Court of the Crimson King broke the mold in much the same way as Blackjazz does now. As the years have passed, In the Court of the Crimson King became a prog metal classic. It sounds tamer today than it did even when I first stumbled on it, though it has held up remarkably well over 40 years’ time. On the other hand, I can’t imagine Blackjazz will ever seem tame.

Now that I know what Shining‘s music sounds like, it’s a true bummer that work-visa issues forced the band to cancel their appearance on Behemoth‘s Evangelia Amerika tour, which we saw (and reviewed) when it barreled through Seattle not long ago. I can’t imagine how these dudes pull off their music in a live set, but I sure hope, one day, I’ll get to find out.

You have to be in the right mood to listen to Shining — like when you’re hallucinating and feel the urge to claw your own face off with your fingernails. If you’re in that mood, or you’re willing to risk getting there, have a listen to “The Madness” from Blackjazz — and then, if you really want to further your musical education, immerse yourself in King Crimson‘s 1969 opus, “21st Century Schizoid Man,” followed by Shining‘s 21st century schizoid version of the same song:

Shining: The Madness and the Damage Done