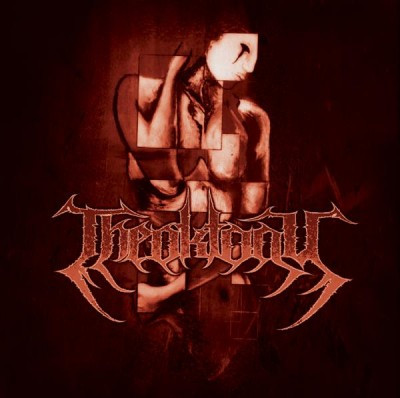 When we originally wrote about Theoktony, we were saddened to report that the band had recently split apart. At that time, guitarist Liam Millward wrote that he was continuing to record music, providing all the instrumentals and vocals himself, and was hunting for musicians to fill out the band — and we wished him luck, because what he and his comrades did with Theoktony was awesome. (read on, after the jump . . .)

Well, Liam has now posted the following comment on our site:

hey, cheers for the great review, new theoktony material is written and a new line up will be announced very very soon!! the new album promises to exceed expectations….well i think so!

Now that is some purely ass-kicking good news! We will stay in touch with Mr. Millward and will let you know just as soon as we hear more. And to remind you what Liam and his Theoktony mates produced, and to suggest what we have to look forward to in the future, here’s a track you can stream from “I“:

In the good news/bad news department, we’re unfortunately moving in the wrong direction in the case of Viatrophy. In our late December post, we raved about the fascinating mix of furiously paced death metal and almost prog-metal style ambient instrumentals that Viatrophy delivered on its self-titled, 2009 debut full-length. We thought the album was amazingly good and not quite like anything else we heard in 2009.

In January of this year, the band announced that although its guitarist John Jones had decided to leave, the remaining members were continuing to work on a new album and had completed writing 80% of it, while also seeking a new permanent guitarist.

It is with great sadness that I have to announce that Viatrophy are splitting up.

Gurneet [guitarist Gurneet Ahluwalia] has decided he no longer wants to continue with the band and wants to concentrate on a degree and different career path.  As he and I were the main writing force, we unfortunately cannot physically go on any longer as a band.

The tour dates on our page will be our FINAL tour. Merch will be ridiculously cheap and I will quite possibly cry. Book tickets early! The rest of us are as bummed as you.

Thank you for all the good times. . . . Thanks to SOAR for giving us the opportunity to release two CDs. Who knows what will happen to all the music we had written for the third. . . . This was the best time of my life and I never wanted it to end.

Hopfully myself, Gav and Adam will be looking for, and involved in new projects very soon. We love you, 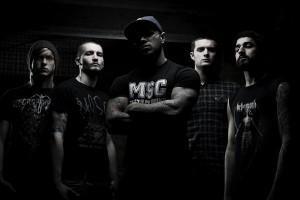 This is a sad reminder about the impermanence of most extreme metal bands, even bands like Viatrophy that enjoy a measure of success. And I suppose it’s a reminder that we as metal fans must continue accepting the fact that the music we love occupies a narrow niche and simply doesn’t put enough bread on the table to support all of our favorites. We’re lucky that so many of them are so dedicated to this music that they persevere, somehow, despite the meager economic rewards.

As a reminder of what we have lost from the disintegration of this band, here’s our favorite cut from the band’s 2007 EP, Chronicles: