Good Fight Music is the label division of Good Fight Entertainment, which was founded by industry veterans Paul Conroy and Carl Severson, who were former partners at Ferret Music, Warner Music, and ChannelZERO. (more to come, after the jump . . .)

The first Good Fight Music albums, Cancer Bats‘ Bears Mayors Scraps and Bones and Son of Aurelius‘ The Farthest Reaches, are both scheduled for release on April 13 (Son of Aurelius, by the way, is really blowing us away with what we’ve heard so far.) The label plans future releases from other artists, including Rosaline, I Am Abomination, This or the Apocalypse, Conditions, Madball, and the newly reunited Disembodied.

We got completely hooked on The Contortionist‘s 2009 EP, Apparition. The music is an infectious contortion of styles — hardcore riffing and crushing breakdowns, death-metal vocals, varied tempos, and extended, progressive instrumental passages that include judicious use of keyboards and melodic guitar leads. The band reminds us (favorably) of Born of Osiris and August Burns Red. Here’s a track from Apparition to whet your appetite for the album. You can buy Apparition here. 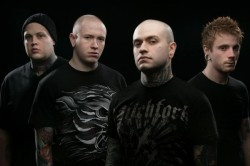 We’ve written before about our disappointment in Bury Your Dead‘s change in musical direction since the departure of vocalist Mat Bruso and his replacement by Myke Terry. We were further chagrined to learn that BYD bassist Aaron “Bubble” Patrick left the band last fall. And we were equally disappointed by the defection of band members from another repeat-play favorite of ours, For the Fallen Dreams.

But all these guys appear to have found a new home in a band called Legend. The band’s line-up now includes two of the defectors from For the Fallen Dreams, frontman Chad Ruhlig and bass player Joe Ellis, plus the latest news is that BYD’s Bubble Patrick has joined the line-up on second guitar.

Legend recently completed recording for their album debut, Valediction, with Zeuss (Hatebreed) at Planet Z in Hadley, MA. The album is scheduled for release on May 25th by Rise Records.

Legend will be touring in April and May with Bleeding Through, Born of Osiris, Sleeping Giant, and Oceano (including an April 12 date in Seattle). We like the two demo songs now streaming on the band’s MySpace page. They sound like, well, a combination of the old For the Fallen Dreams and Bury Your Dead: Hook-heavy hardcore with a enough melodic riffing to plant the songs firmly in your memory. Suits us to a tee. Here’s an FTFD song (with the old line-up) that we’ve listened to about 100 times.

For the Fallen Dreams: Brothers in Arms 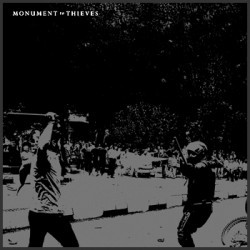 This hardcore band from SoCal formed in late 2008. It may be relatively new, but most of the members have paid their dues with some impressive outfits: Keith Barney (Throwdown, Eighteen Visions) on vocals, Matt Horwitz (Adamantium, The Agony Scene) on drums, Marc Jackson (Force of Change, Throwdown) on guitar, Dave Itow (The Mistake, Amendment 18) on bass, and Chris Dinicola on guitar.

The news is that No Sleep Records will be releasing the band’s debut album on March 30, and 5 of the new songs are now available for streaming on the band’s MySpace page. The album is available for pre-order as a 12″ vinyl with CD at No Sleep or digitally at iTunes, and will feature guest vocals from Dave Richardson (ex-Force of Change and As Hope Dies).

The band released a two-song 7″ on vinyl last year (Anyone But You) via No Sleep Records (also available on iTunes) and we really liked it. The new songs are sick too. Pissed-off, politically charged, heavy music sometimes segmented with slower melodic passages, and all of it well-played. Here’s a track from last year’s 7″:

Monument to Thieves: This Marks the End 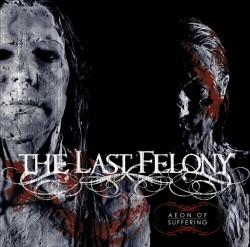 Last, but far from least, is The Last Felony from Montreal. They released a debut album in 2008 called Aeon of Suffering on Galy Records (which also introduced bands like Despised Icon and Beneath the Massacre), and we thought it was superb. The latest news is that the band has signed to Lifeforce Records and plans to release a new album called Too Many Humans this summer. With backing from the new label, The Last Felony hopes to begin touring outside Canada, which would be just peachy as far as we’re concerned.

We confess we’re stretching the envelope to include The Last Felony in this core-metal round-up — because the band’s sound is much more a combination of tech-death and brutal death-metal than hardcore. Lots of technical playing, tempo shifts, guttural vocals, and blast-beat drumming, with snatches of dark, discordant melody.

The title track from the forthcoming album is now up on the band’s MySpace page, and based on what we hear there, black metal stylings have infiltrated the band’s sound — to good effect. We’re really digging that song, and combined with what we heard on the first album, we’re looking forward to the next release. It promises to be a step ahead — and sideways — for this band. Until we can get our hands on Too Many Humans, here’s a track you can check out from Aeon of Suffering:

The Last Felony: A Cathedral of Flesh and Fluids