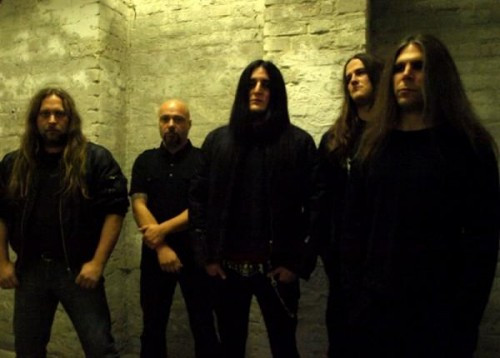 This week we received a message from a band in Hungary called I Divine, inviting us to check out their new music. They described it as experimental black metal featuring a trombone.

If you’re a regular visitor to this site, you know how many of our buttons that little message pushed. We’re suckers for upstart bands from places not known here in the U.S. for their metal scenes. We’re also increasingly becoming suckers for black metal. And anything that calls itself “experimental” appeals to our hunger for outside-the-box music. But what cinched the deal, of course, was the trombone.

So we reacted to that message like Pavlov’s dog at the dinner bell, and hustled over to I Divine‘s MySpace page for a listen. Only two songs are currently streaming there (and we’ll show you how to download them), but those two are definitely worth a listen.  (more after the jump . . .) 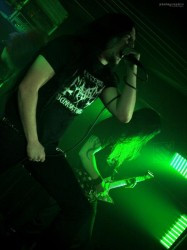 Both songs are melodic black metal, in the vein of Immortal (among others): sweeping waves of tremolo guitar and fused drums, harsh vocals in the lower register (not the high-pitched, ragged BM shrieks that often make us cringe), and memorable seams of dark melody.

And now that we’ve heard a trombone integrated with this kind of majestic black metal, we wonder why no one thought of it before. Listen as it announces “Sculptures to Vanish” with a simple, solemn melody, and then returns to repeat the refrain later in the song. In addition to stepping forward in the mix at those moments, it can be heard elsewhere, joining the guitars in a fuzzed-out wall of sound.

These are catchy songs that stick with you, and certainly good enough to make us interested in what the band does next. Among other things, it would be cool to hear this music with an upgrade in the production quality (for our tastes, the trombone sounds better when its sound is clear rather than distorted). 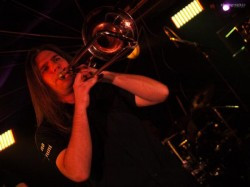 The first link below will allow you to stream one of the two demo songs, and the second link will give you a free download of both tracks plus the lyrics (which are pretty cool, too). The band offers the free download on its MySpace page, and encourages fans to share the link.

I Divine: Sculptures to Vanish