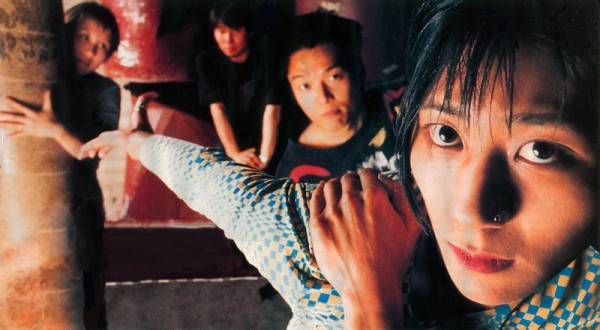 Name of the band, Melt Banana. Country of origin, seems to be Japan. Latest studio release, Bambi’s Dilemma. Not really new (came out in 2007), but new to me, so that makes it new, right? 18 songs on the album. Average length per song: 01:94. Thoughts while listening:

Not metal. But extreme, for sure. So maybe I could write about it. 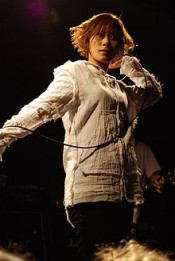 Definitely not clean singing. Vocalist sounds like a 12-year old girl, screaming. Or maybe Alvin from the Chipmunks. No, it’s a girl (Yasuko). (That’s her picture over there to the right.) Oh well.  A singing chipmunk woulda been cool.

Pretty damned fast. This is throw-back punk music.  Like Buzzcocks or Sex Pistols.  No, wait. Weird electronic noises. Outer Limits-style keyboards. And a dog barking. Yeah, pretty sure that was a dog.

Wholly shit, but that guitarist can get a lot of different sounds out of his axe. Name is Agata. When he hits those loud punk riffs, it really rocks! Dude can fucking play.

Drummer can hit the shit out of the snares and cymbals. Clattering and crashing — but fast. Man, that guitarist can shred, too! But he’s doing something weird to his guitar. How many dozen pedals is this dude using?

Is that song really called “Cat Brain Land”? Now the vocalist is talking — like a 12-year old girl. I take that back — like a 6-year old girl. Or like Alvin from the Chipmunks. Like when he was a really young chipmunk. Oh good! Here comes that crazy-ass guitar again!   (more after the jump, and just maybe, we might get to a point . . .) 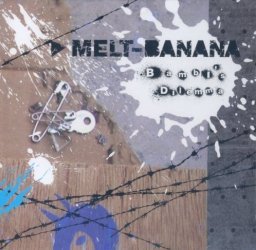 No two of these songs sound alike, that’s for damned sure. “Like a box of chocolates — you never know what you’re gonna get.” (apologies to Forrest Gump)

I think these dudes (and the little girl) are on crack. Either that, or I need to try crack to appreciate this. Sure am digging those punk riffs though. Starting to get used to the vocals. I think I need to go to a hospital.

Oh fuck, just hit a string of songs that are mainly noise. Lots of shrieking electronic effects. Drummer bashes away from time to time. Weird batshit guitar squeaks and squawks. And shit, that voice! Thought I was getting used to it.

More “noise rock” songs. At least they’re short. Goo is starting to come out my ears.

Finally made it to the last song (“Last Target on the Last Day”). Longest one on the album. This one’s slow, but bugfuck crazy. Guitarist is making a pulsing drone. Drummer is clattering away. The little girl is spurting out words here and there. Now guitarist is playing a melody, or maybe it’s a keyboard, but it’s shimmering in and out and distorted by more electronic effects. Kinda cool, actually.

I like the first half of this album better than the last half.  Wait — did I just say I liked it? Did someone put crack in my last cigarette?

Still wondering — should I write about this? Kinda wanna listen to some of these songs again. Shit, why should I do this by myself? You listen too.

Wonder what this band looks like live? Can’t find any video of shit from Bambi’s Dilemma. Guess this will have to do.
Melt Banana