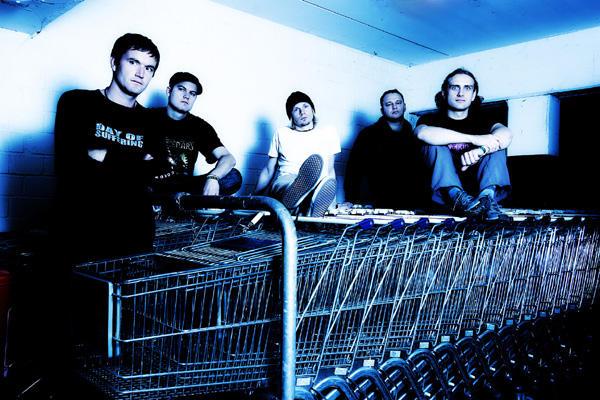 The next album from Germany’s Heaven Shall Burn will be called Invictus.  It’s scheduled for release on different dates in May throughout Europe and on June 8 in North America. Yesterday the band put up the second track from Invictus on its MySpace page. It’s called “Combat”.

And if you thought the first song from the new album (“Omen”) was good — which we sure as fuck did — then you really have to hear “Combat”. It starts with a hammering riff and a howl, and takes off from there into a sonic war zone. It blends the fury of bombs exploding with feverish melodic riffs, Marcus Bischoff‘s distinctive shrieking, blackened keyboard pulses, and snatches of industrial dance-floor daze.

The song is heavy as fuck but galvanizing in its get-up-and-move compulsion. We thought “Omen” was outstanding (and said so here), but “Combat” is another step up. Based on these two samples, Invictus promises to be a landmark in the Heaven Shall Burn pantheon of discography. Seriously, go check it out here.