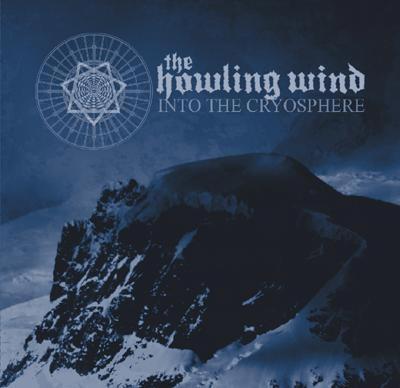 The Howling Wind are brilliant, like shards of splintered ice gleaming in the sun of a wintry sky.

If we had any sense, we’d stop the review of the band’s second album, Into the Cryosphere, right there and call it a day. But we can’t remember the last time anyone accused us of having any sense. So, onward and upward! The who, the what, the why . . .

The Who: The Howling Wind are a two-person band. One of the two is Ryan Lipynsky (formerly known as Killusion). He lives in Brooklyn and has made something of a cult name for himself in bands called Thralldom and Unearthly Trance. He plays the guitars and the bass and provides the vocals.

The other is Tim Call (a/k/a Parasitus Nex). He lives up in our neck of the woods, in Portland, Oregon. He’s involved (or has been involved) with other bands, including Aldebaran and Hail. He also runs a cool on-line music store called Parasitic Records. He plays the drums.

The What: This bi-coastal duo has melted down blocks of classic black-metal, death ‘n roll, psychedelia, doom, and sludge, mixed that slurried slush together, and then re-frozen it into a killer listening experience. (more after the jump, including a track to stream . . .) 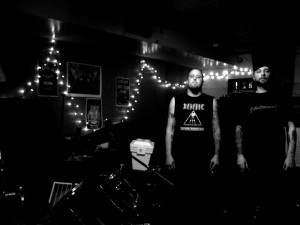 Forgive us for all the ice and snow metaphors (and there are more to come). It’s hard to resist them, given that album cover, the lyrics, and song titles like “The Seething Wrath of A Frigid Soul”, “Teeth of Frost”, “Ice Cracking in the Abyss”, and “A Dead Galaxy Mirrored In An Ice Mirage”. Even without those cues, the music itself would have brought those metaphors to mind:

Massive distorted riffs that alternately race like an avalanche, chug, or relentlessly trudge forward with the grinding power of a glacier in motion. Guitar leads that establish chilling melodies, as if reverberating off the walls of icy caves. Bleeding solos that howl like inversion winds across a blasted tundra.

Icy vocals that hold out no hope of mercy, singing of an “endless grey season,” “dreams imploded,” “descending for the cold comfort under ice,” “a frozen burial for none to see.”

Inventive drumming that sets up infectious rhythms, a welcome throw-back to a time before black metal became swamped in an unceasing fusion of blast-beats and double bass.

Though the songs share many thematic elements, both lyrically and musically, each one has its own personality. All are crushingly and often hypnotically powerful, but individually distinctive. And the density of the sound invites and rewards repeat listening.

The Why: We really don’t know why. You’d have to ask Ryan and Tim why they drew inspiration from the merciless immensity of nature in its most frigid state. It’s a fascinating conundrum for us, because while the songs speak of hopelessness and solitary death in an unforgiving place, the music is full of life. And it’s just shitloads of fun to hear.

Into the Cryosphere is out now on Profound Lore Records and is available from the usual retailers. Here’s a sample for you to stream:

The Howling Wind: Ice Cracking In the Abyss