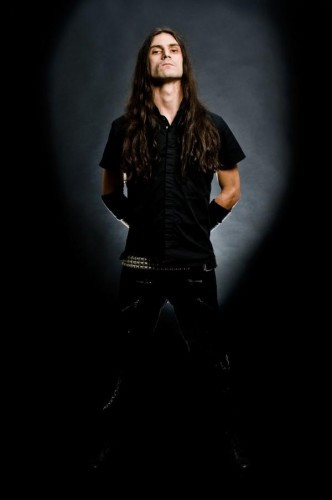 Hi everybody, this is Francesco.

As you all know, I’ve been both Fleshgod Apocalypse’s drummer and Hour Of Penance’s singer so far. Things have changed on May 7th, when I decided to leave Hour Of Penance following the facts happened at “Coyote Ugly”, in Alicante, where the band ,Hour Of Penance, was supposed to play. I’m not gonna explain here again what happened on that day, but it’s been such a severe thing to me that I decided to leave Hour Of Penance. It’s inadmissible for the way I conceive my work and music itself to involve myself in such a non-professional behavior. I believe respect for the fans, promoters and everybody I work with, is the first thing; everybody I met during this years of touring perfectly knows how much I am serious, dedicated, and professional in doing my work.

Differently from what people said in some forums without knowing the facts, I wasn’t drunk and I have not been involved in any way in the mess that happened over there.
The only thing I tried to do was to solve the bad situation going on, since I was very pissed off about it. Considering this facts I want to get some things straight:

1) I was there in order to do my work, but I have nothing to do with anything happened that night (Police and the promoter can testify).

2) Fleshgod Apocalypse have nothing to do with this and complitely disassociate themselves from what happened.

3) Me and Fleshgod Apocalypse will go on supporting Giulio Moschini and Silvano Leone from Hour Of Penance as friends and musicians.

I personally want to apologies one more time for what happened.
I hope that everybody will continue to support my work with Fleshgod Apocalypse without letting rumors influence their opinion.
Thank you again for the love shown in this bad hours.

See you on the road,
Francesco.