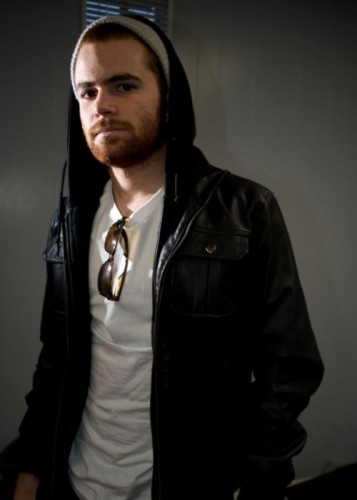 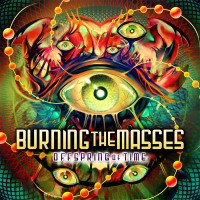 If you’re a fan of Big Chocolate, Burning the Masses, Suicide Silence, Disfiguring the Goddess, or Abominable Putridity, you’ll want to read what he had to say because he touches on all those projects. And if you don’t know what we’re talking about, it’s time you found out!  Oh yeah, Cam also talks about a mysterious new musical collaboration he’s got going on with Mitch Lucker of Suicide Silence (continue after the jump . . .)

NCS: Hey Cam, I read your MySpace post about your decision not to tour with BTM.  I wondered if you felt like elaborating (for publication) on the reasons for this decision and whether it means that your association with BTM is at an end, or if it just means your future work with them will be limited to recording (and not touring).  And of course, if you’ve got any other news you feel like sharing, that would be cool too. 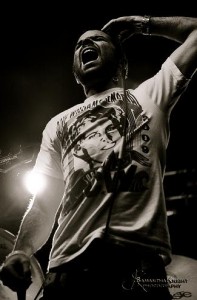 Cameron Argon: When I joined BTM, I joined not to be a permanent member. [Eds. note: Cam made this quite clear in our February interview.] I wanted to experience a physical band in the since of having a producer produce/record your album and doing a real tour. I kept it really real and upfront with BTM, and after the Suffocation tour was over I knew that BTM isn’t where my heart in music was. Nothing against BTM, they are amazing musicians and solid mates now of mine.

I don’t know about my role in BTM for the future. As of now, I know I wouldn’t be on their next studio album, but who knows. I wanted to spend my time with music on some projects and music that I’ve got going on, and I’ll be attending college full time in the fall and that would have gotten in the way of BTM’s personal progress in the industry.

Up next I’m mainly just going to be pursuing a bunch of ‘Big Chocolate’. I’ve been working some pretty sick remixes including the Suicide Silence “Disengage” remix that was released last month. I’m also remixing a large handful of Disfiguring The Goddess tracks and I’m hoping to be playing these remixes live with a whole new approach to metal, performing, and just music in general.

Along with that, Disfiguring The Goddess hits the studio next month to record our fall release. I’m really pumped to get this DTG release out just because I’ve had most of the material written for over a year now, and just now DTG has the tools to get it together and make it happen for this release. I’m also working on a Electro/house album for ‘Big Chocolate’ alongside the remixes.

On top of all that, I’ve started a new project with Mitch Lucker of Suicide Silence called Commissioner, making some boundary-defying music, but  you’ll have to stay tuned for that whole deal. 🙂

I’ve been very productive and motivated with my music and my process of creation lately, I just can’t wait to get all of this out there! Haha! 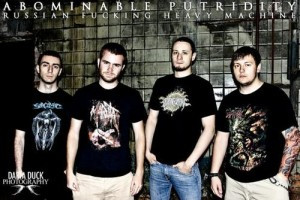 All this is kinda par for the course with this dude — he’s always got so many things going on that we wonder where he finds time for little things like sleep, food, and bathing. Hell, he didn’t even mention all his video projects, which include directing and editing the new Annotations of An Autopsy video for the song “Bone Crown” (you can check that out here).

If you’re interested in more info about Cam’s references to Disfiguring the Goddess, there’s a lot more detail about that in the post and interview we put up in February (here).

If you don’t know about Abominable Putridity, it’s an uber-brutal death-metal band from — of all places — Moscow, and Cam’s got some history with that band which includes going to Russia for some live performances. We’ll be looking out for the new album.

And as for that remix of “Disengage” by Suicide Silence, it’s a real mind-bender. CM Distro is selling a 7″ blue vinyl that includes the remix as well as the original Suicide Silence single, and the remix is also available on iTunes. We’ll make it easy for you to hear that mutha (check below).

UPDATE: We decided to write more about the “Disengage” remix and related stuff.  For that, click here.